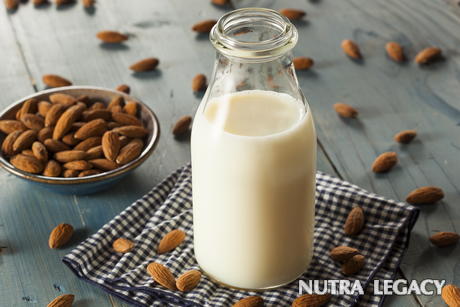 2. Oatmeal. This is a complex carbohydrate, and one of the better known foods that boost your metabolism. As it is complex, your body takes longer to break it down than other carbohydrates. It is also high in fiber, which is a beneficial combination, because you won’t have that insulin spike after you eat, as the glucose gets released in smaller doses.

3. Black Beans. These are also high in fiber, which means you avoid that surge in insulin levels. Black beans also have protein, which is more difficult to digest. This makes your body work harder to use up more energy, and, in turn, speeds up metabolism.

4. Green Tea. It contains a substance called EGCG, apart from caffeine, which helps increase your metabolism. So, this is another great high metabolism food, as it speeds up your nervous system and pushes it to use more energy.

5. Spinach. It is high in nutrients and antioxidants to keep your metabolism working hard. It also has high levels of iron, which also helps speed up metabolism.

6. Milk. Its levels of Vitamin D are very high, and this is important for building the necessary muscle tissue for metabolism. The calcium in milk is also believed to improve metabolism rates. Its protein levels are similar to those of black beans, which is also good for speeding up metabolism.

7. Jalapeno Peppers. Over the last couple of decades various research has consistently shown a link between spicy food and higher rates of metabolism. This link seems to stem from the capsaicin contained in these hot peppers, which is the substance that gives them that spicy kick and causes the heart to beat faster. That is enough to boost your metabolism, at least immediately after consuming them.

Other tips for increasing metabolism include drinking lots of water, because liquid nourishment is very important in this case. Avoid consuming carbonated drinks and caffeine, as they have negative effects on your metabolism. They flush liquids from your system, which is not desirable if you want to increase your metabolism.

In addition, a healthy breakfast full of protein complex carbohydrates is very important to maintaining a strong and healthy metabolism throughout the day. Upon waking up, lipton and insulin levels are at their low after 8 hours of not eating. Both insulin and lipton levels play an essential part in how fast your body turns food into energy. If you eat breakfast right after waking up, then these essential hormones get boosted right away. Generally, your diet should consist of 6 small meals daily, after having a hearty breakfast.

For more information on metabolism, go to:
en.wikipedia.org