Elderberry: A Gift to the West

During the scorching swells of early to mid-summer, you may notice the blooms of elegant white flowers around shrubberies and certain roadsides. Chances are, it’s something known as elderberry. Although this medicinal and eatable shrub can also be found in Asia (like so many wonderful herbs), elderberry is one of few that is also native to the West meaning Europe and the Americas. Perhaps this helps explain why the fruit is featured in the bizarre taunt from the Frenchman to King Arthur in the much beloved Monty Python and the Holy Grail — a satirical riff on one of the West’s most infamous myths. 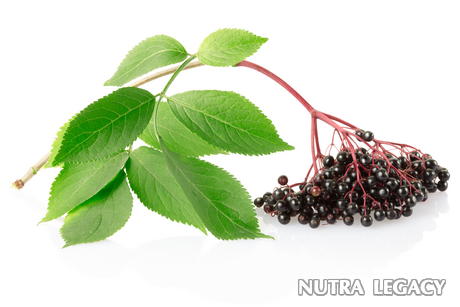 “Your mother was a hamster and your father smelt of elderberries.”

Who knows exactly what the quote implies about King Arthur’s father? Perhaps it refers to the plant’s acrid odor when crushed. Nevertheless, the quote also illustrates that elderberry is known throughout history and around the world. It grows freely around the Southeastern United States and the Gulf of Mexico. It was instrumental in fighting the flu epidemic in Panama in 1995. Over 50 species of birds feast on the shrub’s fruit for its nutritive properties. Even some deer eat it.

How exactly does elderberry boost your health and well being? In addition to lowering LDL cholesterol and improving eyesight, elderberry’s anti-oxidant qualities far surpass that of vitamin C or vitamin E. The shrub also helps maintain good heart health.

However, elderberry’s primary value is its ability to combat bacteria and viral infections by providing aid to the immune system. By elevating the production of cytokines (proteins that regulate immune response by directing white blood cells to appropriate places in the body), elderberry becomes the foreman of the crew at work inside you.

According to Ray Sahelian, M.D., “Only those with blue and black berries are medicinal, not the red berries. The flowers and berries are both used. The elderberry plant has long been used as food, particularly in the dried form. Elderberry wine, pie, juice, and elderberry jelly are some of the popular ways to prepare the elderberry plant as food.”

As mentioned above, elderberry can be found in many places and ingested in many forms. The medicinal qualities of elderberry may also be had from the myriad of supplements on the market.