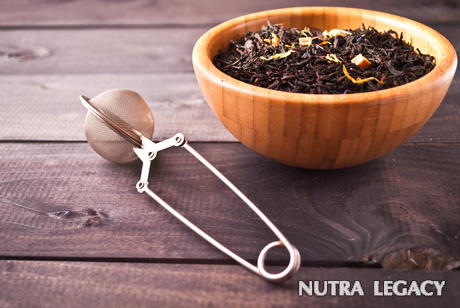 Do you know that conjugated linoleic acids:

Conjugated linoleic acids (known as “CLA”) are a group of about 13 isomers (compounds with a different structural formula, but the same molecular formula) of linoleic acid. CLA cannot be produced in the human body, but it can be found particularly in dairy products and meat that is sourced from ruminants, for example cows, goats, bison, sheep, sheep, llamas and deer. The highest concentration of CLA may be found in kangaroo meat. Meats from ruminants which are grass fed (e.g. beef and mutton) tend to be good sources of CLA. They contain greater amounts of CLA than from meat sourced from grain fed animals (up to 500% more). Eggs are also a good source of CLA, and research has shown that eggs will retain their CLA even when heated to high temperatures, for example during frying.

It is claimed that CLA has anti cancer and antioxidant properties. Research carried out on rats and mice have shown that CLA may reduce growth of tumors in colon, skin and mammary tissues.

Some studies have found that CLA tends to reduce body fat in human diets, especially abdominal fat. It also reduces the glucose uptake of the whole body and increases serum lipid profiles. Further research has found that CLA may protect cells against oxidative damage. It does this by increasing levels of glutathione without initiating lipid peroxidation. Glutathione is an important antioxidant. Antioxidants are known to protect cells from free radicals and other toxins. Free radicals are known to damage cell proteins and genetic material and leave the cell vulnerable to cancer. They are also thought to be partly responsible for the aging process as well as a variety of illnesses and conditions. Antioxidants enzymes can help neutralize free radicals, and in doing so may limit or stop some of the damage they cause.

CLA is also said to have an antiatherogenic effects i.e. it protects against atherogenesis which is the formation of plaque (atheromas) in the arteries. It lowers LDL cholesterol and overall cholesterol levels and triglyceride levels. In experiments carried on animals, it also reduced atherosclerotic lesions (caused by a disease which affects arterial blood vessels) found in their aortas.

It has been found in experiments carried out on animals that CLA can improve select immune responses. At the same time, it can protect against immune induced cachexia (a loss of weight, fatigue, muscle atrophy, significant loss of appetite or weakness in someone who is not taking active steps to lose weight), also known as body wasting.

CLA intake may also have a beneficial effect on bone formation. Experimental animals given CLA had increased rates of bone formation. CLA does this by influencing bone metabolism factors.

In experiments carried out on animals genetically at risk from diabetes, it was shown that CLA can improve the utilization of glucose, and that it can also reverse the symptoms of diabetes.

Although there has been a great deal of research into CLA, a great deal more study (particularly involving human subjects) has to be done to fully understand its benefits and potential side effects.