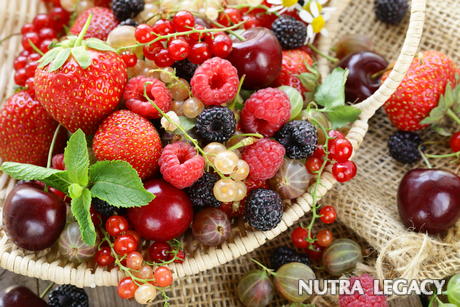 Super oxide dismutase (known as SOD) is an enzyme which acts as a catalyst in the process of dismutation of superoxide into oxygen and hydrogen peroxide. It is therefore a critical antioxidant defense which is present in nearly all cells which are exposed to oxygen.

SOD works as an antioxidant because it outcompetes the damaging reactions of superoxide. In doing so, it protects cells from the toxicity of superoxide. As such, SOD is one the principal reactive oxygen species in cells, and is therefore a very important antioxidant. The importance of this enzyme has been shown in scientific experiments. Mice lacking types of SOD displayed severe medical conditions as a result, including the acceleration of loss of muscle mass attributable to age, early onset of cataracts and reduced lifespan.

SOD has been proven to be very effective in the treatment of colonic inflammation. Also, the antioxidant properties of SOD may make it an important treatment for inflammatory bowel disease. SOD is also used in topical treatments and in cosmetic products as it is thought to reduce damage to the skin caused by free radicals. It may also reduce fibrosis which may develop as a result of radiation therapy administered for breast cancer.

SOD is a powerful enzyme and acts as a cellular antioxidant. In simple terms, SOD acts as a super-scavenger of potentially damaging free-radicals. Free radicals are known to damage cell proteins and genetic material and leave the cell vulnerable to cancer. Free radicals are also known to be partly responsible for the aging process as well as a variety of illnesses and conditions. Antioxidants enzymes including superoxide dismutase can help neutralize free radicals, and in doing so may limit or stop some of the damage they cause.

This is a very important function of SOD because free radicals can be unstable and highly active. They have the ability to damage any molecule in the body. The result can be tissue and/or organ damage especially where the production of scavenger enzymes like SOD is exceeded by the production of free-radicals. SOD is the body’s primary defense system for tissues and organs against free radicals.

However, SOD is not contained in very many foods. The result is that SOD enzyme deficiency is common. In a body which is deficient in SOD, the potentially damaging effects of free-radicals can go unchecked. For example, the superoxide radical O2 can induce a variety of inflammatory diseases and can cause cancer. If SOD is ingested on a regular basis there may be a greater chance that the damaging effects of free radicals can be minimized.

Research has shown that SOD can eliminate or reduce significantly damage to tissue in the heart, particularly where it has been sustained during a heart attack. SOD can also have the effect of reducing tissue damage in the intestines, kidneys, skin and pancreas. These beneficial effects take place because the activity of SOD enzymes significantly enhances energy production within the individual cells that make up organ tissues. This allows them to repair themselves at a higher, more efficient rate.

One Response to “Super Oxide Dismutase (SOD) – A Cellular Antioxidant”