Dyslexia: what is it?

Throughout the years, dyslexia was not an identified disorder. The symptoms that are associated with dyslexia vary in severity. Often misconstrued as laziness or lack of intellect, the long term study of those that suffer from dyslexia has defined that it is neither. The question arises- Dyslexia what is it? 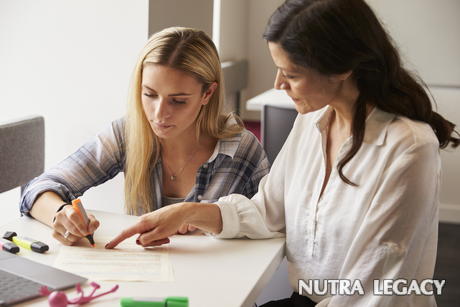 Dyslexia is inherited and, thanks to in depth studies of the human genome, scientists have located the specific gene associated with dyslexia. One of the attributes of the dyslexic brain is that the right hemisphere is larger. Many dyslexic people have larger right brain development which can give them a higher level of talent in creativity, music, mechanical, problem solving and even better intuitive skills than standard non-dyslexic people.

In addition to the difference in brain structure, the actual neuron placement within the brain is unique. When compared to a non-dyslexic brain, neurons are found in a less organized manner. When non-dyslexic people read, they use a specific area of the brain. MRI studies have shown that those are the most efficient parts of the brain designated for reading. Neurologists have discovered that the dyslexic brain uses other portions of the brains that are less efficient.

Identifying and recognizing dyslexia can be difficult in preschool children. Many learning disorders display similar symptoms. As a child enters school age, the most easily identifiable symptom would be the lack of phonic recognition. Without phonics, children cannot put words together well, speak well or understand the skills needed to progress with reading and writing process. If a child does not grasp the concept of phonic awareness then they only know that something is wrong, not what is wrong.

Various teaching methods occur to address the dyslexic individual. If caught early, a process of phonic awareness will give the dyslexic child a guideline of what they are missing. Since they do not have the ability to distinguish the sounds and syllables within the spoken words, they should start with specific instruction of phonic awareness before written alphabet instruction.

It can take from one to three years of focused and specialized instruction to bring a dyslexic child up to their expected grade level. School teachers and counselors should be educated in recognizing any learning disability, and the excuse of a slow reader should never be accepted. There are special guidelines that should be included in the school system selection for dyslexic children. The special teaching method is called The Orton-Gillingham Multisensory Method and is a completely different way of teaching phonic structure to dyslexic students. This particular method involves multi-sensory that appeals to the visual, auditory, kinesthetic as well as tactile senses. A multi-sensory approach allows the student to use a variety of brain areas for their comprehension process.

There aren’t any fixes for neurological disorders, but there are approaches that help teach the brain to use other portions of the brain wiring for the final process and successful outcome. The Dyslexia what is it question has come along way from the original assumptions. With the proper instruction, dyslexic children can exceptional levels of achievement.

One Response to “Dyslexia: what is it?”