Help For You To Recover From Depression

Many people suffer from depression and in the less severe cases; battle on a daily basis trying to handle it all by themselves. There is a negative stigma that surrounds the topic of depression and this is one area of medicine that seems to be more secretive. Thankfully, depression has come a long way over the last fifty years and there is a variety of help that is offered to eliminate the suffering. 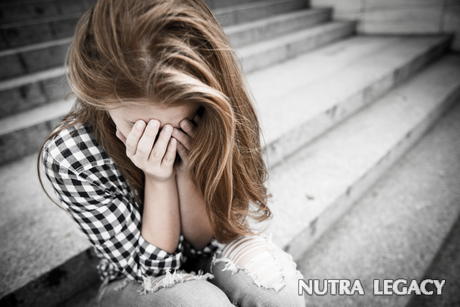 The statistics indicate that approximately twelve million women suffer from the effects of depression. Those figures are twice as many as men. The medical cause for such drastic differences is pretty much hormonal. The symptoms of depression can range from what is described as lighter to complete lack of the ability to perform daily functions. A more clear definition may include, but is not limited to: lowering of mood, a feeling of unhappiness, energy loss, lack of or problems with eating or sleeping, lack of the ability to have any pleasurable experience and possibly suicidal thoughts. A consistency in these symptoms over a few weeks is indicative of depression. However, it also may be noted that sometimes people only feel down or blue and this can extend over a period of years and not be considered clinical depression.

There are many reasons that people don’t seek help when they are depressed. A majority of the reasons has to do with the depression itself: a worthless feeling, self blame, the feeling that they deserve to suffer, etc… Other factors have to do with the health insurance industry and the lack of coverage for the long term. Depression can hit at any age, but it is typically seen in the teens and early twenties. There are also many reasons for depression: a genetic disposition (depression with more than one family member), sexual or physical abuse, hormonal problems and even certain medical illnesses have been related to depression. It’s also actually unhealthy to be depressed. The statistics show that it shortens the lifespan and in women, it can affect the absorption of calcium for bone health.

The first step in treating depression is to locate a professional medical caregiver that specializes in diagnosing depression. A good one will start with a consultation to evaluate the level of depression. This is important to ensure the safety of the individual and go to the next levels. If this individual is also a psychotherapist, you may have a few sessions scheduled to begin as is often described- unwinding the often ball-of-rubber bands that is hiding some of the root problems. A good psychotherapist is well worth the time. In some cases, lifestyle, home and work changes may need to be addressed. These are taken a little at a time, for change to occur. Certain depression can be addressed and dealt with via psychotherapy alone. Finding the right psychotherapist doesn’t mean someone that agrees with your views, but should be one that you feel comfortable with and can have a connection with.

There are medication therapies that may be suggested, but these are not miracle drugs and you will have to be patient to see what works. In some cases, it takes time and bouts of depression may occur while taking the medications. If they work, each bout will lessen in severity. You will see a gradual improvement in daily activities, including eating and sleeping.

The bottom line is, if you think you suffer from depression, seek help. You will be doing the best possible thing for yourself. Once done, you will look back later and wonder what the big deal was all about and why you didn’t do it earlier.