Study Showing CoQ10 may Help Those Suffering from ALS

Anyone that experiences or has a loved one with amyotrophic lateral sclerosis (ALS, also known as Lou Gehrig’s disease), is familiar with the devastating effects that causes damage to the brain and spinal cord nerve cells so that muscle movement becomes uncontrolled or even lost. The scientific community has fought for years to find drugs and treatments to combat ALS, and now it seems that CoQ10 may be stepping up to the plate to help. 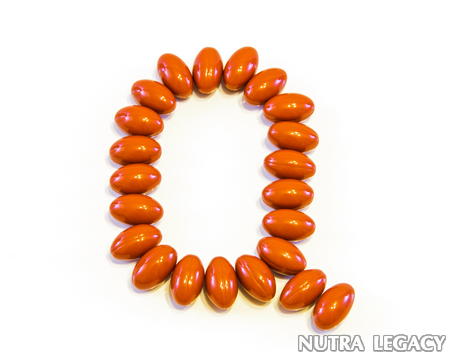 Those that suffer with ALS often have a gradual loss of both strength and muscle coordination in their legs and arms and the muscles that control swallowing and breathing. While there is no known cure, preliminary study results are showing that a reduced form of CoQ10 may be useful in slowing the progress of the disease. Most individuals that are diagnosed with ALS don’t usually have a survival rate past the five year mark, but the results of new studies may offer a glimmer of hope for a more extended survival of ALS patients.

While the scientific studies have only been accomplished in petri dishes and on animals, it has shown that the antioxidant effect of CoQ10 does have the ability to protect nerve cells. This information has to be carefully balanced as it is known that people that have been diagnosed with ALSO have also been found to have higher levels of ubiquinone (oxidized CoQ10) as well as elevated ratios of ubiquinol (oxidized to reduced CoQ10) in both their cerebrospinal fluid and blood. Scientists have found positive results with the reduced form of CoQ10. Previous studies involved standard CoQ10 in high intake amounts per day (2,700 mg), however, there haven’t been any studies in people using the solubilized ubiquinol, which is more absorbable.

So what does all of this mean? To scientists and the medical community, the energy and antioxidant producing effects of solubilized ubiquinol CoQ10 may be a direction for much deeper investigation to help those that suffer with ALS and other neurodegenerative diseases. The results of preliminary studies are indicating that additional research is warranted.

CoQ10 studies have already produced some excellent results in addressing and treating other disorders such as: high blood pressure, age-related macular degeneration, angina, asthma, chronic fatigue syndrome, gum disease, kidney failure, and migraines. While CoQ10 is produced in the human body, deficiencies or an overabundance can occur with CoQ10 biosynthesis impairment. Each area of study is in the preliminary stages with comments that additional research is needed.

CoQ10 has been in the news as an antioxidant for a number of years, taking on a life of its own as first a fad supplement and then a potential miracle. As with anything, we need to walk softly and defer to our medical providers before making any dietary changes. Those that are taking medications may not be aware of potential risks of drug interactions. If, however, further study is done on the effects of solubilized ubiquinol on ALS, it may produce some hope for those that suffer from the disease and the people that love them.