Regularly exercising can reduce your chances of getting dementia, according to research published by Cardiff University in Britain.
In the United States alone, an estimated 5 million people suffer from an age-related dementia disease. Alzheimer’s is the most common disease of this type, affecting 70 percent of those individuals, according to data provided by the Institute for Dementia Research and Prevention at Pennington Biomedical Research Center. 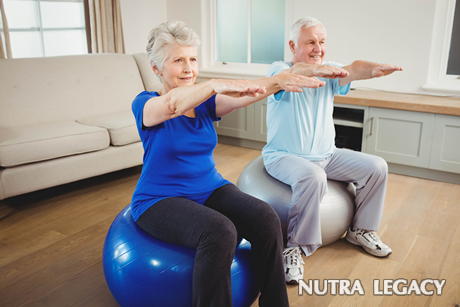 In an effort to identify healthy habits to reduce an individual’s chances of developing dementia or other cognitive maladies, Cardiff University studied more than 2,000 men for 35 years. The study found there were five habits that can reduce this risk, including having a healthy bodyweight, low alcohol intake, a healthy diet, no smoking and regular exercise, the latter of which was the biggest factor. By consistently adhering to four out of these five habits, there was a 60 percent decline in developing dementia and cognitive decline. Another plus is that there was a 70 percent reduction in instances of diabetes, heart disease and stroke compared to those who did not follow any of the healthy habits.

“What the research shows is that following a healthy lifestyle confers surprisingly large benefits to health—healthy behaviors have a far more beneficial effect than any medical treatment or preventative procedure,” said Professor Peter Elwood of the university.

Instead of waiting for disease to strike, take a proactive approach to your health. It’s worth a shot to try to follow these habits if it means a longer, fuller life.