What is Stomach Cancer? 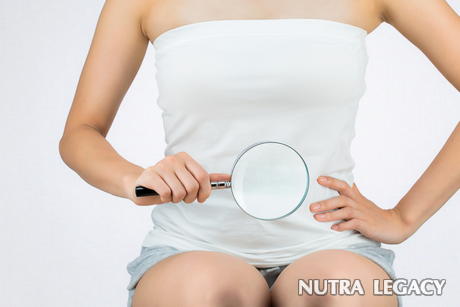 While any type of cancer can be dangerous if left untreated, stomach cancer has long been one that warrants serious concern because of its invasive nature and difficult detection. The good news is that as physicians and medical researchers find answering the what is stomach cancer question easier, the rates of this disease are decreasing, at least in the Western world. That doesn’t mean it isn’t good to know some basic information about this type of cancer, especially if you in a high risk group for developing it.

Like most cancers, some people are simply more likely to develop this form of cancer than other people. Two factors other than genetics, however, are believed to play a role in increasing your risk. The first is eating a lot of foods that contain high levels of nitrates. Nitrates are most often found in foods that have been pickled, salted, dried, or smoked. While eating these foods in moderation is fine, overindulging can be dangerous. The second factor is the presence of Helicobacter pylori (H. pylori) which is a type of bacteria found in the stomach that is now known to be responsible for causing ulcers. Smoking and drinking alcohol can also impact your risk.

What is Stomach Cancer: the Symptoms

One of the biggest dangers with stomach cancer is that by the time symptoms become noticeable the disease has already reached its advanced stages and has become more difficult to treat. Another problem is that stomach cancer and other gastrointestinal problems, such as peptic ulcers, have similar symptoms.

Stomach cancer can be detected in early stages by looking for signs of internal bleeding in your stool using a microscope. Of course, physicians may only recommend this test if you are showing other early symptoms, such as heartburn, abdominal pain, and anemia (caused by the loss of blood).

As the cancer grows, you may experience other symptoms, including increased discomfort in your abdomen especially after eating, vomiting after eating, losing weight without trying, feeling full even when not eating normal amount, and having a tarry-quality to your stools.

How is Stomach Cancer Treated

Stomach cancer is normally treated through surgery. The operation, known as a gastrectomy, involves the removal of some or all of the stomach and its surrounding tissue. The goal, of course, is to eliminate all of the cancerous cells from your body. Any part of your stomach that is left has to be re-attached to your small intestine and/or your esophagus. If the entire stomach is removed, the esophagus and small intestine must be directly connected.

In many cases, radiation and chemotherapy treatments are used in conjunction with the surgery to destroy any remaining cancer cells in the body. If the stomach cancer is caught in earlier stages, physicians may try to use one or both of these non-surgical treatments to eliminate the cancer so that surgery can be prevented.

If a total gastrectomy must be performed, the patient will have to make some significant post-operative dietary changes as a result of the changes to the digestive system.

One Response to “What is Stomach Cancer?”