Asthma may be due to mutant genes

According to the World Health Organization, there are approximately 235 million of us that suffer from asthma. It is also considered to be the highest chronic condition that is found in children. This staggering number of afflicted patients has led to a discovery from a rather surprising study. The propensity towards the asthmatic condition may be due to a mutant gene. 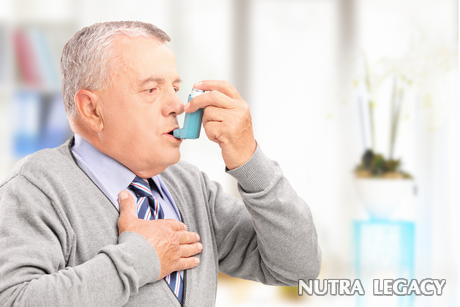 Asthma is a disease that causes inflammation and swelling of the airways and lungs creating a condition where it is difficult to breathe. Triggers for an asthmatic attack can include a number of factors such as pollution, smoke, irritations due to chemicals and general environment or air problems. Treatment for a severe asthmatic attack must be swift before it degenerates into a lethal situation which can cause death. A number of medicines have been developed and these are typically taken through inhalers. Anyone that suffers from asthma must carry these inhalers. Smaller children must often be taken to a hospital or clinic where they will receive an aspirator treatment. This is delivered through a breathing area with a small mask placed over the child’s nose and mouth. For the most severe cases, at-home aspirator treatments must be set up and available for immediate use. Keeping the individual calm and relaxed during and after the asthma attack is a major issue.

Australian researchers have published their findings based on a study of 58,000 samples of DNA from people in Europe, United States and Australia. The samples were obtained from people of both asthmatic and non-asthmatic sufferers. Their discovery of two mutant genes was combined with the fact that one of the genes is also linked to rheumatoid arthritis. The same two mutant genes seem to appear in both rheumatoid arthritis and asthmatic patients.

Researchers are currently delving into the possibility that rheumatoid arthritis medication may be an alternative relief for those suffering from asthma. Tocilizumab is a drug produced by the Roche pharmaceutical company and can be found under the brand name of Actemra. At this writing, there is currently no generic available. Tocilizumab has a main focus on the interleikin-6 receptor molecule and the effect is a reduction of the inflamed area for those patients with rheumatoid arthritis. Scientists are continuing the research to see if the relationship between the two mutant genes will allow the targeting of the same anti-inflammatory receptor that could cause an asthmatic attack.

The culmination of the findings are in the beginning stages of research but, the discovery of the two mutant gene structures leads to a very promising start. It was often theorized that certain genes could trigger more than one disorder, but this may be the jumpstart to assist in looking in more than one place for answers. Scientists will be continuing the research, however, the link between the two disorders and the mutant genes may offer the ability to utilize existing medications for multiple purposes. People that suffer from asthmatic conditions may have hope for an easier therapy in the future.