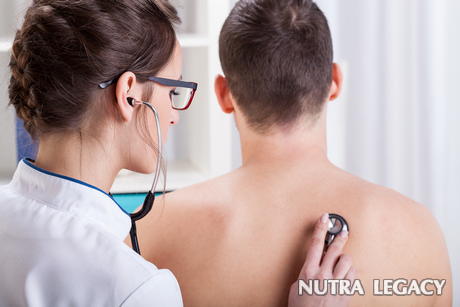 Bronchitis is a type of respiratory ailment that plagues many of us. In most cases, bronchitis is a secondary infection caused by an inflammation of our airways after a cold. Exposure to smoke and chemicals has also been shown to trigger bronchitis. Generally, the infection goes away after a few days but the coughing it causes can lead to significant discomfort and further delays in getting back on your feet after an illness. For these reasons, having some good bronchitis treatments available is important.

One of the problems with current bronchitis treatments is they are ineffective. The main reason: physicians are often treating the infection with antibiotics even when it is not bacterial in origin. While it is true that some cases of this infection are related to bacteria, the vast majority are caused by viruses. Antibiotics cannot fight viruses. One study found that 75% of the prescriptions written by physicians to treat bronchitis in children were for antibiotics, even though most of those cases were not caused by bacteria.

Many people are now turning to natural treatments for bronchitis. These treatments are available without a prescription and cost much less than most antibiotics. Below are a few examples.

Whether you have bronchitis or chest congestion related to an ordinary cold, you should consider inhaling eucalyptus vapor. Health advisors in Germany have recommended this treatment because the vapors work as an expectorant to loosen phlegm and help remove it from the body.

Marsh mallow is another natural treatment that can do wonders for bronchitis. Unlike eucalyptus which is an expectorant, marsh mallow herb has properties while allow it to soothe your respiratory tract. Some studies suggest it may also reduce inflammation. Another herb with anti-inflammatory properties is soapwort. Drinking a tea with this herb added in can help treat the inflammation in your airways but can also give a boost to other herbs you may be taking as bronchitis treatments.

If you want to speed up your relief from bronchitis, you have a few choices available. Research has found that Echinacea, zinc, and Vitamin C can help speed up recovery from an upper respiratory infection. With Echinacea, for example, the duration of the illness can be shortened by two days, according to a study conducted in Germany.

If you are prone to bronchitis, consider keeping some licorice herb on hand. This herb packs some amazing properties, including being an expectorant and an anti-inflammatory agent. Some research also suggests licorice is good for boosting your immune system which can also help speed up your recovery.

Even if you don’t want to try herbs, you can improve your condition by following some very standard advice. First, you can drink plenty of fluids. Your body needs to stay hydrated so it can keep working properly but also the water will help loosen the phlegm and soothe your throat which is probably irritated from the coughing.

Using a humidifier to keep the air you breathe moist is great, especially at night. The moist air will help stop coughing so you can get some much needed rest.