Socioeconomic and political tensions between China and the West being what they are, it’s very easy to forget that China, like Rome, was once the center of civilization. The Roman Empire famously gave us the roads, bridges, aqueducts and concrete whereas the Chinese are responsible for things like noodles, toilet paper and the seismograph just to name a few. 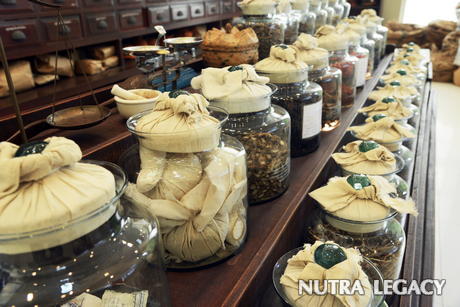 China’s most undervalued contribution to the cumulative record of our increasingly globalized society, however, would have to be the legacy they left behind in a floating archive of holistic herbal remedies – a torch carried by fewer and fewer of the world’s healers since the advent of modern, standardized medicine. That’s why it’s so important to highlight instances where Chinese herbal medicine is appreciated.
For example, take the recent pooling of research conducted by Dr. Liyuan Kang of the Tianjin University of Traditional Chinese Medicine. Kang and his team gathered 1,143 articles studying the effects of Chinese medicine of vascular dementia. Out of these articles, 31 clinical studies involving a total of 2,868 participants were considered.

With 1,605 dementia patients on Chinese herbals and 1,263 on placebo or Western medicine, the results showed that the former appears to be a safer and more effective treatment. Disease amelioration was up in the herbal medicine crowd as were their Mini-Mental State Examination scores. This group also had less adverse reactions to treatment.

Writing in Neural Regeneration Research, Kang and his team said, “The results are promising; however, evidence provided in this study may not be reliable owing to the poor quality of the included trials. Indeed, all of the trials took place in China, only nine of 31 studies were blinded and few of them used allocation concealment. But, this pooling of data could be enough to ignite the fuse for higher quality trials.

Further research can’t start soon enough. Vascular dementia is the second most common form of dementia after Alzheimer’s disease, and the incidence rate is expected to double every 20 years reaching 115 million by 2050. The slogan for the old CalgonWater Softener commercial proves to be more relevant than anyone could’ve expected. The potential cure for dementia (and who knows what else) could truly be an “Ancient Chinese secret.”