Study Shows That Bilingualism Can Delay Onset of Alzheimer’s

A study from last year revealed that bilingualism can act as a catalyst against dementia of many different forms. According to the study, people who are able to speak more than one language may still suffer from dementia, but the onset of such problems occurs, on average, four and a half years later than in those who are monolingual. Alzheimer’s is a form of dementia, and researchers say the new information regarding bi- and multilingualism applies to it, as well as other forms such as vascular and frontotemporal. 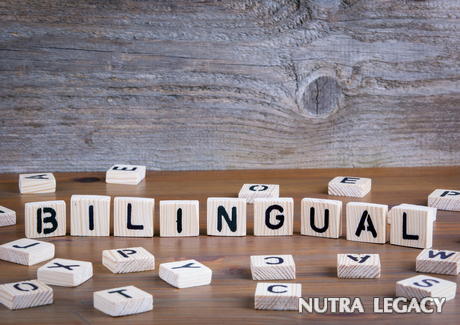 The main author of the study, Dr. Thomas Bak, explained that when bilingual speakers switch back and forth between languages, suppressing one language while activating another for the purposes of conversation or other situations, the process stimulates different portions of the brain, thus working against the effects of dementia.

Taking place in Hyderabad, a multicultural city in India, the study examined 648 dementia patients averaging just over 62 years of age. Through research and interviews, the scientists determined the age at which each participant began to experience signs of dementia, with the results indicating that the average age for bilingual speakers was 65.6 years, while monolingual participants began experiencing symptoms at 61.1 years old.

Dr. Bak also pointed out that most previous studies on bilingualism’s effects on dementia included many participants who were immigrants, which may have skewed the results due to a myriad of other factors. The majority of the Hyderabad residents in this study, however, had lived there for generations, which limited outlying variables like ethnicity and diet.

While there is no evidence that learning a second language could be used as a treatment for pre-existing Alzheimer’s, this new information indicates that younger people with a family history of the disease might do well to become bilingual.