Sometimes, it doesn’t matter if we eat right, exercise and take care of ourselves. Sometimes, life happens, and it’s important to know that you didn’t do all that work of staying healthy for nothing. As the Affordable Care Act goes into effect, and the individual mandate makes health insurance a concern for the even the most off-the-grid nature freak, there are still millions who buy insurance on their own, are underinsured or who don’t have health coverage at all. And, even though the exchanges are in their third month of operation, confusion and ignorance about the law’s most basic components still reigns supreme. It’s vital that this large chunk of the population be educated about their options in this time of massive healthcare reform whether it’s by a navigator, advisor, insurance agent, or … website. And, perhaps more importantly, it’s important that the education is administered accessibly and conversationally—free from jargon and technical industry-speak. That said, here are some of the key elements to know and pass on: 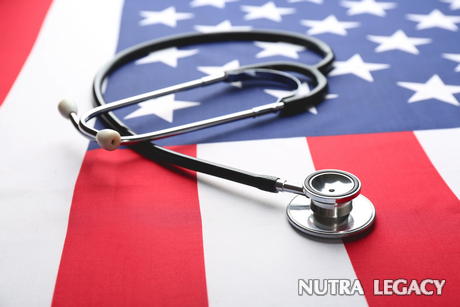 -The Patient Protection Affordable Care Act (PPACA), playfully dubbed Obamacare, is a fundamental reform of this country’s health care system with the goal of providing decent and affordable healthcare to all, supported by large federal subsidies.

-Under the law, everyone must get health care coverage in 2014 under the universal mandate or pay a small penalty of $95 (or 1 percent of their income if that amount happens to be greater).
-The Affordable Care Act is creating a new line of qualified health plans that you can purchase on public exchanges in your state—many with the help of sizable federal subsidies
– People who have existing health insurance through work, college or a government program like Medicare are considered covered under the Affordable Care Act already. No action is required on their part.
-In addition, people are not required to get health coverage if the monthly cost of that insurance consumes more than 8 percent of income or if they make too little to file annual tax returns.
-Native Americans and members of certain established religions that shun government benefits, such as the Amish, (a total of about 24 million people in the U.S.) don’t have to get coverage either.
-ACAinsurance is comprehensive insurance, so every insurance policy offered by the private insurance companies doing business on the public exchanges must be a federally qualified health plan. That means it has to provide the law’s essential benefits, including coverage for maternity, childbirth, child care, prescription drugs, mental health, rehabilitation and more.
-Each qualified plan caps your annual combined medical and drug costs at no more than $6,350 for an individual and $12,700 for a family. That out-of-pocket maximum includes your expenses for medical services (co-pays and co-insurance), and your deductible (the amount you pay before your insurance company pays anything). With Obamacare’s hard-dollar cap on total medical expenses, government officials and outside experts say people with this insurance should no longer worry about getting driven into bankruptcy by large medical bills.
-The public exchanges are nothing more than online call centers in each state and the District of Columbia where you can compare the various plans offered for 2014 and buy one during the open enrollment period from now until March 31. The exchanges are staffed by counselors, called navigators, who can steer you to the right plans and tell you if you qualify for subsidies or an assistance program, such as Medicaid or the Children Health Insurance Program for children under the age of 19.
-People making up to 400 percent of the poverty line—including individuals earning up to $45,960 and families of four making up to $94,200—can get subsidies, largely through tax credits.