Vitamin D: The Body’s Must-Have Solution to Many Problems

For those of us that consume large quantities of calcium (milk), it might be a shocking piece of knowledge to know that calcium alone won’t build strong bones. It’s vitamin D that works in conjunction with calcium that assists in bone density and strength. The astounding part is that most women are vitamin D deficient. The problem was large enough that a 2010 government advisory panel changed the recommended average daily consumption of vitamin D from 200 IU (International Units) to 600 IU; and some specialists still do not think this is enough. Vitamin D isn’t just for bone strength, it is a must have to help fight against other health problems as well. 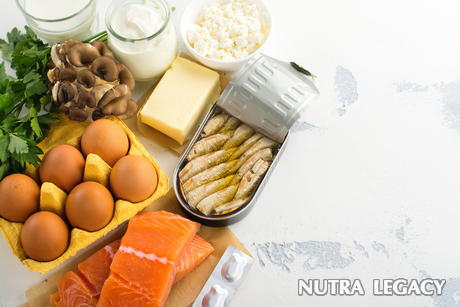 In the last thirty years, studies have shown that vitamin D plays a huge role in a number of body functions. A 2010 study done by Oxford University indicated that there are over 200 genes that are influenced by vitamin D and are links with a number of diseases. Vitamin D deficiency may be associated with additional problems in health such as lupus, heart disease, Crohn’s disease and diabetes. This includes many of the autoimmune diseases and disorders.

Symptoms of vitamin D deficiency include muscle pain; join pain, low bone density and a frequent occurrence of stress fractures. Since vitamin D is stored in body fat, those people with higher weight may also be deficient in vitamin D.

A report by the National Cancer Institute research review has linked vitamin D intake with a reduction in the risk of breast cancer. There are other studies that have connected vitamin D with the cardiovascular system, and a deficiency can be associated with heart disease. John Hopkins School of Medicine accomplished a study that resulted in a published report linking vitamin D as an active participant in the cells that produce insulin and thereby associating vitamin D with the risk of diabetes.

Additional studies and reports are finding that vitamin D works in conjunction with the general immune system and good levels helps the body fight off infections. Those individuals with low levels of vitamin D had a forty percent higher chance of catching the flu and colds. Another key role that vitamin D apparently has is associated with the muscles in the body. Low levels in women have shown a decrease in muscle strength with muscles being replaced by fat.

So why is our society so deficient in vitamin D? Well there are probably a number of reasons for that. High levels of vitamin D are generated through natural sun exposure. With the advent of higher SPF sun screens; this has an alternate bad effect by reducing the ability of the body to have vitamin D. Another aspect is the change in our society to more indoor activities: desk and computer jobs, with less time outdoors. We have more people that are lactose intolerant and are consuming less milk that is fortified with vitamin D. For those that can’t drink a tall cold glass of milk, a vitamin D supplement is the main recommendation.