New Breakthroughs in Antivirals Could be The Discovery of The Century

Viruses enter our bodies every day and we have an arsenal of natural antivirals that kill them off. The problems occur when there is particularly new, hybrid, or resilient viruses that invade our systems and we don’t have any defense. These viruses can be anything from a bad flu to the devastating effects of HIV or Ebola. The new cutting edge medical research is laying a foundation for completely different approaches in the war against the virus. However, there are a number of questions that remain open as to whether the antivirals will be the best move for the body as a whole. 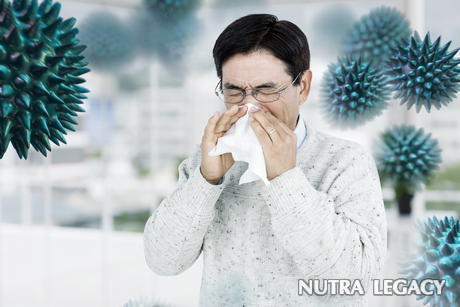 There is some rather fantastic research going on in the antiviral field. Viruses replicate faster than bacteria and their main line of attack is to take a cell from within and use the cells resources to reproduce. Vishwanath Lingappa, of Prosetta Antiviral has accomplished some unique experiments that are showing results that have been never before seen. In layman’s terms Lingappa has created a mixture of proteins, building blocks of DNA and lipids to add that actually harden the outer shell of the cell containing the virus, which keeps the virus from reproducing.

There is actually a preprogrammed cell DNA response that is contained in every cell of every living thing. It’s called the suicide program. The cell uses molecules called interferons to send a message of destruction. Unfortunately, there are some viruses that have developed a way of diffusing the interferon as a survival tactic. A new drug by Prosetta actually creates an artificial interferon that is introduced to the virus-infected cell. The virus does not have a defense against the artificial interferon and the cell suicide is a success and stops the reproduction of the virus.

Additional studies at the University of Toronto are taking this concept one step further. Working with an international worldwide group, they are researching another treatment that allows a cell to produce a different type of interferon. This interferon would kick into gear the creation of over three hundred additional proteins; each one attacking the virus in a bit of a different way. Some will cut of the virus’ DNA; others will reach out to all of the surrounding cells and trigger their interferon defense mechanism so that they all commit suicide. Since a virus requires another cell upon exiting the original infected cell, it would have no where to go and would die.

The science of antiviral study is incredibly fascinating, and, the above scenarios all seem like a miracle cure for everything from the smallest virus to those of devastating proportions. The problem is, our bodies actually contain good and bad viruses. The number of viruses and bacteria in the average human body actually outweighs the number of cells in our bodies. The complex interaction of cells, viruses and bacteria are what keep our body functions in check. Without this very intricate dance, the body would go haywire and die. Creating an antiviral medication on such proportions will have to take into account for the destruction of the bad virus in question and not have any effect on the good viruses that keep us alive.