Unbalancing Your Diet: the Three Main Reasons Our Food is Depleted

1) The continued mass production and processing of foods 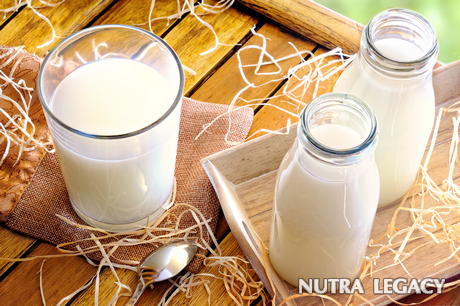 Altered food wasn’t always a negative. When the process was limited to farmers and local cottage industry, artisans actually enhanced the taste and nutritional content of foods like cheese, bread, milk and meat harvested from livestock. They increased the levels of B vitamins and vitamin C in cabbage by inventing sauerkraut. They made milk more digestible with yogurt and its probiotics. These traditional methods also kept ample profits going to farming communities allowing continued food production throughout the year.

However, modern civilization’s obsession with industrial food processing and artificial flavoring is killing us slowly. The liberal distribution of additives, artificial flavors, sugars, white flour, hydrogenated oils, hydrolyzed proteins, MSG and synthetic vitamins is turning the food supply into empty mush – mere sustenance for us to chew on like sheep or cows in captivity. Since breakfast is supposedly the most important meal of the day, let us examine a few of its supposedly nutritious staples.

First of all, there’s the carbohydrates—a food group significantly overemphasized by the Food Pyramid. The depletion of soil and the fact that western food production neglects to use the whole of the wheat kernel excluding the wheat’s bran, germ and endosperm greatly decreases the nutritional value of toast and breakfast sandwiches. Trying to switch from white bread to whole wheat or whole grain only does so much nowadays. This sad truth extends to another breakfast favorite: cereal. Most boxed cereals undergo the process of extrusion, which depletes chemical vitamins, fatty acids and renders amino acids such as lysine toxic.

Orange juice is another refreshing component to a hearty breakfast. The problem arises when one looks at how oranges are treated as a crop. Oranges are sprayed frequently with Organophosphates and cholinesterase inhibitors, which are real neurotoxins. When the fruits are lumped into vats and squeezed, these pesticides enter the juice. At least one study has shown that the excessive consumption of fruit juices, and therefore the corresponding pesticides, is linked to the development of Alzheimer’s disease.

Milk is another modern mass-produced product with overrated health benefits. The explanation here lies in the popularity of reduced fat or skim milks. Whole milk, due to its high protein and fat content, is actually closer to the raw milk provided by the cow, and therefore, healthier to consume. Skim milk, however, leaves out the animal fat the body needs to assimilate protein. The result is a higher risk of nutrient deficiencies.

2) The marketing of mass-produced foods in pop culture

You’ve heard this one before. Processed junk foods are constantly thrown at us and our children during their formative years by commercials and sold-out celebrities. Actually, the marketing is simply a branch off of the mass production mentioned above. Both problems exist to maximize profit. Of course, there’s always been the discussion, and rightfully so, that a family with good parents still has the choice to shop and consume healthier foods—to resist this modern barrage of nonsense filled with conveniently sealed garbage. However, this choice is more elusive than it should be. Arguably, today’s parents (growing up in the 1970s and 80s) have been affected by marketing in pop culture just as much as today’s children. And, even if a family consciously ignores the processed junk and binds together to eat healthy, we’ve already proven above that traditionally healthy products are deceiving.

The “Green” movement is constantly talking about saving the planet from climate change and pollution, but they often neglect to reflect this subject through the prism of the food supply. The continued use of harmful fossil fuels and emissions from other human activities is undoubtedly leading to climate change and, more importantly, environmental unpredictability.

The rise in global temperature increases the potential for floods, hurricanes, droughts and heat waves. All these weather configurations pose great dangers and challenges for farmers around the world.

The rising concentrations of CO2, tropospheric ozone, change in rainfall patterns and overall climatic variability also affects the water supply and soil moisture levels which threaten crop production in some areas completely. In the short term, some crops such as rice, wheat and soybeans may benefit from increased CO2 levels and warmer weather, but that hardly provides the human race with a balanced diet.

So, what can we, as consumers, do about this increasingly dire situation? Without the help of new legislation and government regulation, it seems that the masses are virtually powerless. However, when it comes to the health of you and your family, make sure to read all food labels for hidden ingredients or modern processing techniques, champion companies that truly go “Green” and break out your green thumbs by planting your own fruits and vegetables in small home gardens. Other than that, just hope for the best.