A new study conducted by researchers at the University of Manchester in the UK aims to illuminate links between the diets of pregnant mothers and the subsequent development of food allergies by their children later in life. The diets of a large group of youngsters, currently at the age of six, have been tracked since before they were born, in order to draw conclusions on how their early eating habits may have shaped the outcome of food allergies. 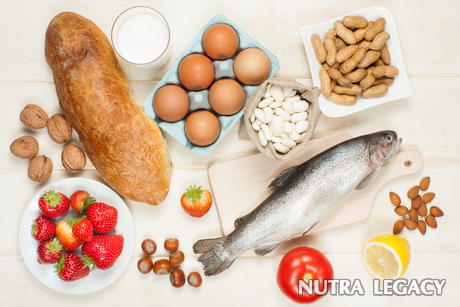 While the study has yet to derive definitive results from the research, some interesting trends have been noticed. For instance, children from Israel were shown to begin consuming nuts at an earlier age than those in the UK, which could explain why nut allergies tend to be more pervasive in the UK than in Israel, because the information suggests that children in Israel are more likely to build up protective immunities by eating nuts while their immune systems are still in development. The study’s researchers even go so far as to imply that warnings children to stay away from nuts may in fact be ultimately detrimental to their health.

Another focus of the study attempts to determine the effects of allergenic foods placed in different contexts. For instance, if one of the children is allergic to nuts, that allergy may react differently when a nut is consumed in a cookie as opposed to by itself or in a chocolate dessert. The scientists behind the study believe that information about these contextual allergenic trends, even from food intake before a person is born, may help to understand how certain food allergies develop, and perhaps even how they can be avoided.

The EU-funded research involves over 12,000 people from several different countries and is shaping up to be a landmark study in the understanding of food allergies.