The Unforeseen Problems In Passing a State Limitation on Medical Lawsuits

We have all seen the over the top lawsuits involving ridiculous or petty topics. Whether it is someone that felt they didn’t get the right personal service from a doctor or medical company, or it was an easy way to sue; there seemed to be a ramped line up of people looking for easy money. Some states, including California, decided to put a halt to the frivolous medical lawsuit situation and the people passed a law limiting the amount that people could collect as a final result for a medical lawsuit. Once this law was set in place, there was, however, an unforeseen list of loopholes that happened; this included the ability of a medical institution or physician to deliberately cause medical malpractice that resulted in death, and not be accountable. 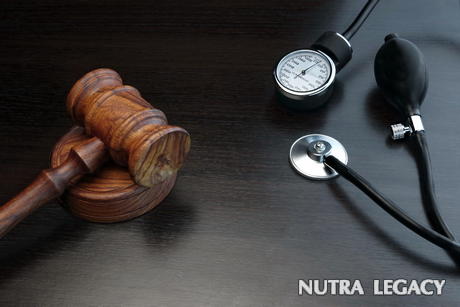 This is a true story. My father served in the U.S. Marine Corps for over fourteen years. His service encompassed just about every battle, including the Korean conflict. His pride in his country and his ability to serve went beyond the boundaries of most people that we know. He became a civil servant, working in a U.S. Naval Base (now closed) and was covered with medical insurance by a major HMO (Health Maintenance Organization); one of the largest in the State of California.

My father had a full history of medical examinations, and his health was overall pretty good; even in his early sixties. We believe there was a situation that occurred in which he inadvertently inhaled a toxic gas created immediate scarring of his lungs. The damage appeared in less than two months and when he began experiencing medical problems he was immediately examined. No diagnosis was given and he was sent home. Months went by and his medical condition worsened. He had called to ask what could be done, but wasn’t given an answer. Finally, he had another appointment and the doctor told him he had six months to live and walked out of the room.

My sister and I set an appointment with the physician to get to the bottom of the problem. We were seen by another, young doctor that admitted malpractice by the HMO and the excuse was that our father’s doctor had been too busy, distracted by his elevation within the HMO organization, to establish the surgical treatment that could have saved his life.

Both my sister and I worked at insurance companies and met with our Law Departments. We were told we had a case for a lawsuit and contacted an attorney that specialized in these cases. We were stunned to find out that the law that was passed to keep frivolous lawsuits from occurring would also keep us from suing the HMO. It seems that the maximum amount allowed for a settlement was $250,000 and the HMO would keep the suit going until the maximum was reached. Unless we were independently wealthy and wanted to pursue, there was nothing that could be done.

My father’s condition worsened, he had to retired due to his medical condition. We moved him into my sister’s home where he would also be near a V.A. Hospital. Sadly, he never even had a chance to visit the hospital, because he died, five months later. We buried my father in a military cemetery, with full honors. This is a man that believed in his country and loved his home in California. While life is not fair, this took the situation beyond the boundaries of acceptability.

In an attempt to keep the frivolous medical lawsuits at bay, the states that have passed these laws have basically opened up the ability of the HMO and medical community for complete malpractice without any accountability. Some may say that these situations are few and far between, but this is not so. Without the potential restraints of malpractice lawsuits, the medical community is left to do and act in whatever way they wish.