Most of us have seen the advertisements from the chains and big box pharmacies proclaiming the incredible $3 and $4 prescriptions. In this economy it may be understandable why people run in droves to take advantage of such cheap pricing. However, there is a secret that most of the general public isn’t aware of: you aren’t getting the bargain that you thought you would be. 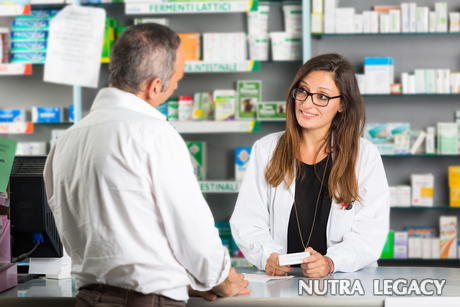 To begin with, you need to know that the list of these cheaper $3 and $4 prescriptions is fairly short. These are typically the lowest cost and most common medications such as antibiotics. Pharmaceutical companies have seven years to make their money on a cash cow prescription before the patent is released. Once released, other manufacturers can then make the medication and sell it under an alternate name. The medications are just as good, but you need to know what you are getting.

The second thing you need to be aware of is that while the chain or big box pharmacy is selling these prescriptions at a discount, they are charging as much as two and three times the standard charge for other prescriptions. In other words, they are making their money back big time on those medications that don’t fall under the discounted scripts.

The chain pharmacies also count on the fact that you will have to wait long periods of time for a prescription. When I went to Wal-Mart, I was told 45 minutes, which then extended to an hour and then they told me it wouldn’t be ready until the next day. The prescription was not for a specialty medication. The benefit for them is that they assume I will go shopping and spend more money while I wait. The front store (where they actually make a lot of their money) will therefore show an increase for sales.

If you have signed up for the cheaper prescriptions, you need to do get a complete list of those medications that fall under the discounted script category as well as the average price of the top one hundred most popular prescriptions. If you have insurance and have a co-pay, you may want to confirm with your insurance company as to the actual co-pay amount. Insurance companies will only pay a specific amount for a script, with your co-pay as the balance. If the price is too high, you will pay the balance of the overcharged script.

Another alternative for you is to seek out an independent pharmacy in your area. These pharmacies are actually how the pharmacy industry started and will offer you a balanced pricing on all prescriptions. In addition, they specialize in customer and patient services, rather than a factory-like environment of the big box and chain pharmacies. By going to an independent pharmacy, you are also supporting a local community business.

Some of the independent pharmacies may offer a loyalty program to maintain a competitive level with their chain counterparts. If your local independent does not offer one, ask the pharmacist owner to look into adding one. They usually don’t offer the cheaper prescriptions, but, you can be assured that the rest of the prescriptions will be priced at a lower rate than the big box and chain pharmacies.