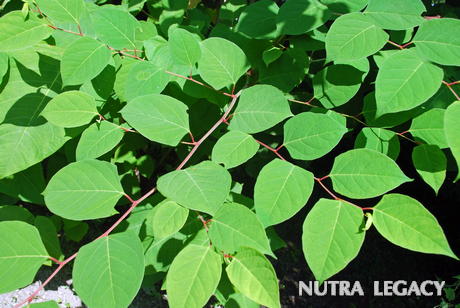 Resveratrol is produced naturally by a number of plants when they are attacked by pathogens such as fungi or bacteria. It can be produced in a laboratory by a process of chemical synthesis, but can also be derived from Japanese knotweed. It is also found in the skin of red grapes, and in red wine. Red wine, which is produced through the process of fermenting grapes, is credited as having one of the highest levels of resveratrol of any food. Resveratrol is also found in peanuts and blueberries.

Resveratrol is has powerful antioxidant properties that can protect the body against environmental stresses. Antioxidants scavenge damaging particles in the body known as free radicals. Free radicals are known to damage cell proteins and genetic material and leave the cell vulnerable to cancer. Free radicals are also thought to be partly responsible for the aging process as well as a variety of illnesses and conditions. Antioxidants enzymes can help neutralize free radicals, and in doing so may limit or stop some of the damage they cause.

The study of the benefits of red wine, and subsequently its antioxidant properties and resveratrol began due to what is known as the “French Paradox”. That term came from a study that found that French people were less likely to die of a heart attack than American people, despite the fact that the Americans and French share similar high fat diets. The study concluded that the red wine consumed by the French served to protect them from heart disease. This study led to further research into the benefits of resveratrol.

Recent research has made the following findings:

* Resveritrol might increase life expectancy. In studies, increasing the resveratrol ingested in the diet of a number of animals increased their life span by up to 70%.
* Resveratrol may be beneficial in reducing deaths from obesity-related conditions. In a study carried out on mice, increased resveratrol intake meant that fat related deaths decreased by 31%. The mice that were fed with resveratrol also performed much better in agility and movement assessments than the mice that were not fed resveratrol.
* Resveratrol may have a beneficial effect on endurance. In research, mice given resveratrol had significantly more endurance when compared with mice that were not fed resveratrol. The mice with resveritrol were able to run twice as far in tests.
* Resveratrol can inhibit blood platelet aggregation. Blood platelet aggregation can result in blood clots which in turn can cause strokes or heart attacks.
* Resveratrol is a well known and powerful antioxidant. It can help prevent damage to cells caused by free radicals. Free radicals consist of unstable atoms and can be caused by sunlight, pollution, and by waste products produced during the body’s natural fat burning process. Free radicals have been identified as contributing factors in the development of cancer, brain degeneration and aging. Resveratrol has been shown to fight cancer in studies, during the initial stages, and through the promotion and progression phases of the disease.

Resveratrol is available as a dietary supplement, usually derived from either Japanese knotweed or dried grape skins and seeds.