Hidden brain aneurysm: Surprising percentage of us have them

Three years ago I was awoken in the middle of the night to be told that my sister, barely fifty years old had collapsed, was taken to the hospital and did not show any brain activity. Within an hour of arrival, she had passed away. She died of a hidden brain aneurysm that had burst. She left two older children. The situation devastated our lives. She and I were the last of our immediate family, and I could not imagine a life without her. 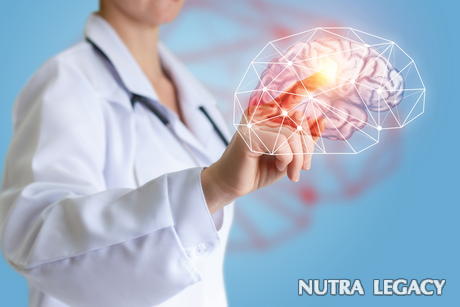 As anyone that experiences a death in the family, there is a grieving process. Part of it is anger and part is acceptance. It’s sometimes a long journey to get from one point to another. We also ask the inevitable question of why. I began doing research not only on the cause of aneurysms but by also examining my sister’s life.

A brain aneurysm is a blood clot that has lodged in the brain. It could have traveled through the body, but it ends up in the brain area. In some cases, these burst without any knowledge or symptoms. In other cases, there are additional underlying medical causes that have created the clots. These medical conditions run the gamut from kidney problems to pregnancy. They can also include stress level, blood pressure problems, head trauma and congenital reasons.

Research has been done in which a number of normally healthy test subjects were all given MRI’s (magnetic resonance imaging). 7% of those examined had hidden and previously unknown blood clots in the brain area. This means that 7 out of every 100 of us could be walking around with a ticking time bomb in our heads. This number is rather staggering.

In my sister’s case, she led a very stressful life. Their income was also sketchy due to a husband that didn’t really want to work a full time job. Add to that the fact that she refused to admit that he had an alcohol problem and their constant buying and losing of homes, and this created a stress and blood pressure problem. They didn’t have the money to go to the doctor, but I remembered a conversation that I had with her a number of years prior. She began to complain of headaches. When she informed me that she was taking some OTC pain medication in rather high doses, I quickly advised her that she couldn’t do that. The main ingredient of the pain medication was meant for low dosage per day and could affect her liver.

A few years later, my sister and her entire family ended up at my house. They had lost their most recent home and had no where to go. They drove over 3,000 miles and stayed with us for just a few months. I began to review those months in more detail and to think about some of the things I found disturbing. My sister didn’t sleep well, at all. I attributed part of it to the stress but also part of it to the intense amount of strong coffee she drank every day. I am talking about 2 full pots of coffee. I remember telling her that she needed to cut back, as too much caffeine will just cause more problems. She continued to have headaches, about two to three times a week. I did get her to a point where she would take only OTC medication in the dosage advised by doctors and the manufacturer. But, even then, I blamed her stress level on the headaches. My sister didn’t really drink alcohol; only an occasional drink, maybe once every 2-3 weeks. While they were at my home, I tried to add healthier foods to their diet, but, she had spoiled her kids so that they each wanted individual and unique meals, and that was limited to just what they liked. Well, I made them eat some new things, much to their irritation. My sister was never the cook in the house, so I know that her diet was also limited to what she knew would be easy to make.

In my search for answer, I have talked with doctors, pharmacists and nutritionists. I have investigated on the net and researched to see what additional symptoms might have shown. Just prior to her collapse, she had suffered a major infection over a long period of time. This resulted in a reduction in white blood cells in her body that was so severe that they had done a blood transfusion just 3 months prior. She had never taken vitamins previously, but her physicians put her on a high content vitamin regiment. She had 3 months of constant blood tests and monitoring and, the day before she was supposed to return to work, with a positive thumbs up from the doctors, is when she died.

The results of my research have concluded that we are all susceptible to having blood clots and aneurysms. Contributing factors can be those that we are born with or can be added to by additional medical conditions. Stress and high blood pressure can be a major factor. But, ignoring the symptoms was the major downfall in my sister’s case. I found out later that she had not shared the frequency of her headaches. While she didn’t have any other symptoms, the combination of an unhealthy lifestyle and stress contributed to her death. This is not the case with a majority of those that suffer from a brain aneurysm. In some cases, the individuals are incredibly healthy, until the aneurysm bursts. There is a bit of hope for those that have immediate surgery. This was not the case for my sister.