High cholesterol is running ramped in the United States. Thanks to a high fat and sugar diet, millions are running the risk of heart attacks, blood clots and stroke. Well, where there is a disorder, there is a pharmaceutical company ready to distribute medication to address it. Statins are in the top ten medications taken by Americans, with the number growing daily. The labels on the medications (which number many) warn patients about muscle aches and pains, affects on the liver and general weakness, there is little if any information on the fact that there is a direct correlation between statins and memory loss. 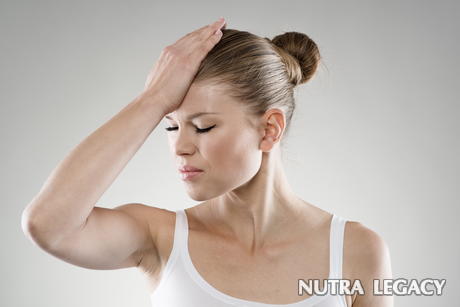 We can’t blame out doctors, many are simply not aware of the facts. Studies that were done on any side effects of statins were mostly funded by the drug companies. Doesn’t take a rocket scientist to figure that one out. If there aren’t any reports on statins and memory loss, our physicians simply don’t have a clue.

The general function of the brain does require a level of cholesterol. Cholesterol is needed to speed up nerve conduction and in the formation of the synapses. The synapses are like the electrical connecting currents that allow your brain its communication process. Since the neural network needs cholesterol, guess what happens when you take statins and lower the levels below what the brain needs?

As with all information and the internet, it takes just a short time for the stories to get out. From slight memory loss to complete amnesia, the general public all the way to well known celebrities in all walks of life is reporting problems. Other disturbing side effects that are being included in the mix include violent behavior and suicide.

In addition to the reduction of cholesterol, statins also affect a protein made by brain cells called tau. Abnormalities in tau cells have been found in patients suffer from Alzheimer’s disease as well as other neurological disorders.

Here is a piece of interesting information. There is not a single study that shows that statins benefit in lowering cholesterol in women. The studies that have been done actually show a ten percent increase in heart attacks of those women taking statins. Young men and anyone over the age of seventy are also not showing any benefit from taking statins.

So who is benefiting from one of the highest group of revenue producing drugs? The studies show that it’s middle aged men who may be at risk for heart attack or stroke. Why are we not surprised!

The pharmaceutical companies have their captive audience. Millions of middle-aged men as well as women are taking statins like they are candy. Physicians are slowly becoming aware of the hidden dangers of statins, but not in time enough for the drug companies to counter act with misinformation.

And so – the pharmaceutical companies once again laugh all the way to the bank. They will only begin to worry when the patients start forgetting where their wallets are, due to their memory loss.

One Response to “Statins and memory loss”