Dyslexia is a neurological disorder that involves a difficulty in reading, spelling and in some cases, mathematics. People of all intellectual levels can suffer from dyslexia and the disorder itself does not denote lack of intelligence. There are a multitude of symptoms of dyslexia, but some commonalities exist among all that are diagnosed with the disorder. 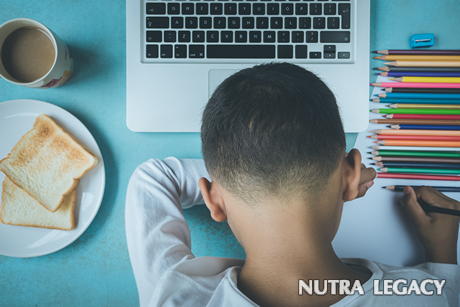 While the definition of dyslexia seems a bit obscure and non-definitive, it must be understood that neurological disorders are some of the most difficult to define and take longer term study of the subject to narrow down a diagnosis. One of society’s biggest incorrect assumptions is that the characteristics of dyslexia disease are exhibited in the individual writing their words backwards.

Identifying dyslexia is difficult in patients that are preschool. The reason for this is that many of the symptoms do not become apparent until a child begins to read and write. Some of the characteristics of dyslexia disease can also be related to other neurological, learning and behavioral disorders. Symptoms to watch out for in preschool children include: A slower ability to begin the speaking process, lack of ability to learn new words, problems when rhyming words (i.e.: as in sing-song or nursery rhymes); reversing the letter order of words (i.e.: bac instead of abc) and a lowered ability of the understanding of the alphabet.

Once a child has entered school age, there are additional symptoms that parents and teachers must monitor. These symptoms can include: problems identifying syllable sounds with corresponding letters, difficulty in creating and identifying words that rhyme, problems with alphabet order, problems with correlating sounds with the letters they are associated with, confusing or a mix up of like sounding syllables in words, slow ability for naming problems or word retrieval, difficulty with the ability involved in decoding words, mix up or confusion in multiple syllable words.

Older children and adults that suffer from dyslexia have already entered the learning cycle and the process of identifying the symptoms becomes easier. It is a double edged sword at an older age, because changing the learning behavior becomes more problematic. Some of the dyslexic symptoms can include: Problems with correlating words and their definitions, problems with understanding time, time keeping and the passage of time during assigned tasks; observing that a patient that can read and understand exhibits slow or poor reading, low spelling abilities, problems in reading aloud which can include skipping words or incorrect word substitution. In processing problems, once of the characteristics of dyslexic disease can be identified of the lack of ability to follow fast instructions in any sequential order, i.e.: the order the tasks are to be accomplished. Some of the patients are aware of their condition and may become withdrawn, shy or go in the opposite direction in their attempt to compensate for their lack of abilities.

School systems and teachers in the United States have instituted many instructional identifiers to recognize a potential neurological difficulty in students. If identified at an early enough age, parents or guardians are often included in counseling sessions for further testing and corrective instructions. The children may actually have a higher intelligence level but exhibit lower intellect behavior. Processes can be set in place to adjust the learning process so that the student/patient is not misplaced due to intellect.

One Response to “Characteristics of dyslexia disease”