Phthalates are everywhere and are linked to prenatal brain damage

Look around, your world is filled with plasticized products. We have not only adapted in acceptance of these products, but trust that they are safe for ourselves and our children. This may not be so. There is a group of these products that are called phthalates and are in perfumes, toys, wall coverings and IV tubes. Recent research is now relating prenatal exposure to the phthalates with brain damage in our babies. The worst part? Girls seem to have the most devastating problems. 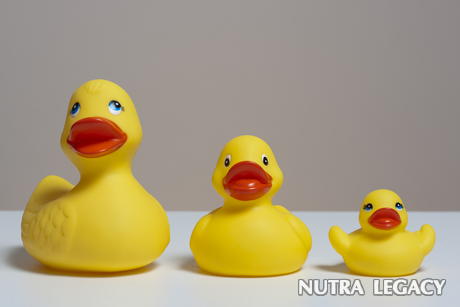 The CDC (Center for Disease Control) has indicated that exposure to phthalates is well below the U.S. Federal Agency levels for human health protection. However, scientific study is now being released that show these phthalates are a chemical that are included in a classification for disruption of the endocrine system. The Mailman School of Public Health at Columbia University has also published their findings that prenatal exposure to the phthalates can cause such changes to the brain that they are being related to the behavior problems in children by the time they reach three years of age. This compliments previous studies that were made of preschool children and the association of phthalates and development problems.

The studies used well established scientific methods for the study of children. In particular, one phthalate seemed to cause a high level of mental development problems in girls. Three of the phthalates in prenatal exposure caused increased levels of behavior problems in both girls and boys. These included withdrawn behavior, anxiety and depression.

There seems to be confusion as to how the phthalates are actually affecting the development of the brain, but they are closely linked with the production of certain hormones in the body. It is believed that phthalates cause a severe enough disruption in hormone production, specifically in the thyroid gland. Phthalates are also associated with lowered testosterone levels, a hormone that is required for normal brain development.

The reports have generated major concern for phthalates as a public health risk. The larger the exposure to the phthalates the higher the risk level for behavioral and motor skill problems.

This information brings about the question as to why there is such a high percentage of children being ‘officially’ diagnosed with ADD/ADHD and autism. Many of the products that we are exposed to may have been initially touted as being ‘safe’, but there weren’t any long-term studies or pre-natal studies that involved absorption of these potentially toxic chemicals. Are we slowly poisoning our babies before they are being born? Are we causing our children to be dumbed-down? In an age when we are finally encouraging our girls to be the doctors, scientists and astronauts that they can be, are we removing their ability to qualify?

This information should be escalated to higher levels and brought to the attention of government officials. The intensity of the studies and the results are significant enough to begin making industrial and production changes that could turn things around. The problem is, the general public is not being informed. Until that happens, everything will go on as business-as-usual.