With the atomic number 34 and an atomic mass of 78.96, this chemical element rarely occurs in its elemental state in nature. This nonmetal, chemically related to tellurium and sulfur, is known as Selenium. 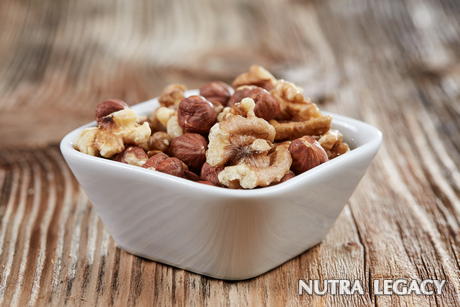 Selenium means “moon” in Greek and was discovered by Jons Jakob Berzelius in 1817. Berzelius found the element was a byproduct of sulphuric acid production. Since then, the element has acquired several uses including glassmaking, pigment production, rubber compounding, steel alloying, brass plumbing and even as a material in the drums of laser copiers and printers. However, the most recent and exciting application is in the field of health and nutritional supplementation.

In 1957, selenium began being recognized as an essential micronutrient in all mammalian life forms due to its role in cellular function. Selenium, however, is also vital for some plant species such as astragalus, false goldenweed, prince’s plume and woody asters. It forms the active center of the anti-oxidizing enzymes glutathione peroxidase and thioredoxin reductase as well as three known deiodinase enzymes, which help the thyroid gland to function correctly. More recent research suggest s that selenium may play an important hand in human cancer prevention.

Maintaining selenium levels can, of course, be easy through supplementation. In addition, by eating foods such as nuts (most notably Brazil nuts), cereals, eggs, fish, lobster and crab, one can get a good amount of dietary selenium. Therefore, selenium deficiency is fairly rare unless one has undergone malnourishment, intestinal malfunction, or is reaching more than 90 years of age.

Selenium toxicity has been a hot-button issue of late. Like most things in life, moderation is the key here. Excess selenium can lead to selenosis – a condition marked by hair loss, fatigue, gastrointestinal distress and an odd garlic odor on the breath. More severe cases of selenosis can result in cirrhosis of the liver or pulmonary edema. The Tolerable Upper Intake Level of selenium is 400 micrograms per day, but the safe limit is probably more like 800 micrograms per day.

It is unlikely that the health benefits of selenium will be outweighed by the risks of toxicity when simply consuming the micronutrient through diet or dietary supplement. It remains an extremely valuable element.