Results Are In: Monsanto Voted ‘Biggest Corporate Fool’ for 2012 with Worst Business Practices

Green America announced the award of the biggest corporate fool and the winner in Monsanto. The chemical and agricultural giant is most known for adding genetically modified organisms (GMO) into the food supply for U.S. citizens in both the crops and animals that we consume, without short or long term studies on the GMO health effects. Monsanto is also known for Agent Orange, DDT and the spraying of Round-Up as a tactic against drugs. Kind of ironic on the latter. 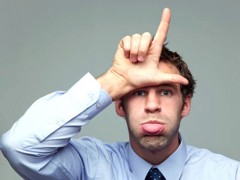 This giant of a biotech company has such bad practices regarding factory farming that they have forced small farmers to go out of business. The GMO practice is being pushed into the developing world and has resulted in a lock of farmers into the cycles of debt with dependence on the cropping inputs. It is important to note that many other countries around the world have passed laws to any and all GMO foods, food products and any animals fed on GMO’s, out of their countries.   In honor of Monsanto being named as the biggest corporate fool in the nation, there was a donation made via the Monsanto CEO’s name, Hugh Grant, to Navdanya. For over two decades, this organization in India works with over five million farmers for the creation of seed and food sovereignties and the goals of sustainable agriculture. They have helped to establish the largest fair trade, organic and direct marketing network in India.

Coming in second and third on the biggest corporate fool list is the U.S. Chamber of Commerce, followed by the gas giant Chevron. The former has experienced great benefits from the court decision regarding Citizens United.  They have spent millions of dollars on radio and television advertisements promoting or expressing negativity for a variety of candidates and they don’t have a requirement to disclose the names of their donors. The results of this are that any corporation can devote an unlimited quantity of money to political advertisements via the Chamber of Commerce, without disclosure to the general public or their shareholders.

It’s never a surprise when an oil giant receives the biggest fool award, but Chevron has gone above and beyond the call of duty this time. Chevron has spent more than three decades in their drilling of the Ecuadorian Amazon and has dumped (literally) over 18 billion gallons of toxic wastewater in and around the rainforest areas. The resulting outcome of this disastrous dumping is that local and indigenous peoples are suffering from waves of health disorders that include miscarriages, cancers and birth defects. The Ecuadorean courts ruled in the favor of the local communities and Chevron has been ordered and required to pay $18 billion to clean up the mess they made and create positive and successful efforts in restoration.

While these three names top the list for the biggest corporate fools, they are just the tip of the ice burg. Their shameful and greedy behaviors reflect the lack of any morale character. Awards such as this one not only show that the American people and the world will not tolerate their actions, but that they must pay a price for it. The awards for the biggest Corporate Fool were given in person on March 30, 2012, to Monsanto, the U.S. Chamber of Commerce and the Chevron corporation.