It sounds utterly ridiculous to say that the global war on terror is only the second biggest failure (at least in terms of wars) in contemporary American history. But, it’s true. As any avid watcher of HBO’s The Wire will tell you, the No. 1 slot is reserved for the war on drugs. And, as the culture softens on various kinds of marijuana use, in particular, the continuation of this failed war is that much more perplexing. 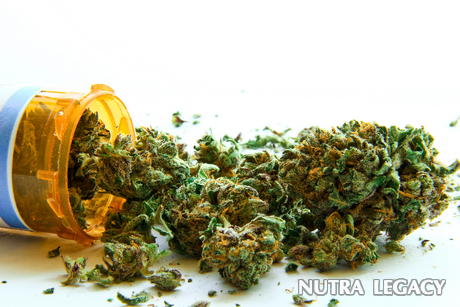 In late August 2013, Attorney General Eric Holder announced that the federal government would not intervene as the states of Colorado and Washington implemented plans for a system of legalized marijuana.And, as expected, controversy ensued. On Friday, September 6th, law enforcement organizations wrote a joint letter to Holder warning that this legislation would only increase crime, and that marijuana users are heading down a path of harder drugs, violent acts and even suicidal thoughts.Reefer Madness, anyone?

It’s this kind of flagrant propaganda that has kept our nation under the thumb of what equates to a prohibition era for Generations X, Y and Z. Even trusted medical authorities like Dr. Oz and Sanjay Gupta are openly changing their tune about select marijuana applications (i.e. for cancer, AIDS and/or glaucoma patients). In fact, Gupta is in the process of completing a documentary on the subject simply titled Weed, and recently clarified his position on CNN.com.

He apologized for his earlier stance and wrote, “I mistakenly believed the Drug Enforcement Agency listed marijuana as a schedule 1 substance because of sound scientific proof. Surely, they must have quality reasoning as to why marijuana is in the category of the most dangerous drugs that have ‘no accepted medicinal use and a high potential for abuse.’ They didn’t have the science to support that claim, and I now know that when it comes to marijuana, neither of those things are true. It doesn’t have a high potential for abuse, and there are very legitimate medical applications. In fact, sometimes marijuana is the only thing that works.”

In conclusion, it’s important to note that just because we consider the war on drugs to currently be the nation’s biggest waste of money, time and resources, it doesn’t mean that Americans don’t have a history of struggling with substance abuse (i.e. alcohol and prescription drugs). Here are some statistics to consider from a piece by Nick Wing of The Huffington Post: “In 2010, overdoses were responsible for 38,329 deaths. Sixty percent of those were related to prescription drugs. In the same year, a total of 25,692 persons died of alcohol-induced causes, including accidental poisoning and disease from dependent use. According to one frequently cited study, a marijuana smoker would have to consume 20,000 to 40,000 times the amount of THC in a joint in order to be at risk of dying.”

In other words, it’s time to let go of obsolete legislation. And, when states do so, law enforcement organizations need to accept and respect those decisions.