Mesothelioma Asbestos Lung Cancer Symptoms: What to Do?

The first lawsuit by mesothelioma asbestos lung cancer victims against asbestos manufacturers came in 1929. At this time the disease was extremely rare and many experts even doubted that it existed until the 1950’s. The disease is caused by malignant cells forming in the mesothelium, which is a protective lining that covers the body’s internal organs. Malignant mesothelioma can be very difficult to diagnose because its symptoms reflect those of several other conditions. A quick review of the patients work and medical history can raise the suspicion of the disease After a routine physical chest x-rays are often done in addition to lung tests. Much of the time a biopsy is done and the mesothelioma asbestos lung cancer is confirmed. 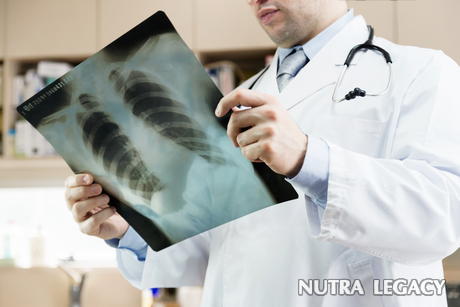 Despite the television advertisements that play daily about asbestos claims and asbestos lawsuits it does not have a large number of victims compared to other types of cancers. In the past 20 years malignant mesothelioma rates have increased but it is still a rare form of cancer. The latest figures show about 1 in 1,000,000 people contract mesothelioma asbestos lung cancer. In civilized western nations the incident rate varies from 7 to 40 per 1,000,000 depending on the levels of asbestos exposure over the last several decades. During the last half of the 20th century it is approximated that 28 million people were exposed to asbestos in the United States. In the 1980’s up until the late 1990’s the number of deaths from mesothelioma victims were approximately 4,000 in the United States with White males being the most at risk population.

Exposure to asbestos is occupational in nature for the most part, but it can claim victims who live near naturally occurring asbestos. Three villages in Turkey were devastated by malignant mesothelioma and 50% of the villagers did not survive mesothelioma. Exposure to asbestos on the job has been an occupational health hazard since the early 1900’s. Asbestos laws are extremely strict in the United States.

The mesothelioma prognosis is not a positive one. There are several types of treatments ranging from mesothelioma chemotherapy, radiation, surgery, and immunotherapy. Surgery as a standalone treatment has been very disappointing, but when done in combination with mesothelioma chemotherapy and radiation there has been varied success. The most common surgery is called a pleurectomy/decortication where the lining of the chest is removed. Radiation is often conducted on patients after surgery as a consolidative treatment method.

Mesothelioma chemotherapy is the only treatment that has shown to improve survival in controlled trials. A study done in 2003 showed an increase in median survival from 10 months to 13.3 months when mesothelioma cisplatin, and pemetrexed chemotherapy methods were completed. Both quality of life and lung functionality increased for the group that received the dual chemotherapy treatments. In early 2004 the Food and Drug Administration approved this type of chemotherapy for malignant mesothelioma. Little is still known about how to effectively administer chemotherapy in terms of when to start it and how many cycles to give.

5 Responses to “Mesothelioma Asbestos Lung Cancer Symptoms: What to Do?”