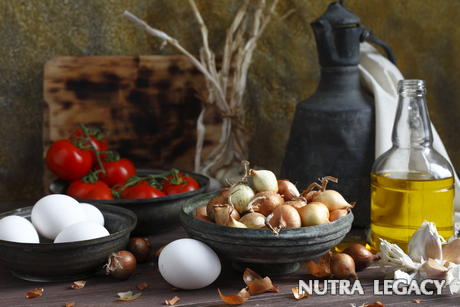 If you’ve ever wondered why Asian people have a lower risk of heart disease than non-Asians, the answer might be red yeast rice. This is a type of rice that has been fermented by a type of yeast known as Monascus purpureus. Red yeast rice has been one of the staples of Asian diets throughout China, Japan, and other countries in the area. Although the Chinese have been convinced of its medicinal benefits for at least 1,000 years, Western science is only now recognizing the potential health benefits of red yeast rice.

While red yeast rice has been used for many medical ailments in the past, the use of most interested in the West is its impact on total cholesterol levels. Starting in the 1970s, studies have consistently shown that red yeast rice lowers not only total cholesterol levels but specifically LDL and triglyceride numbers as well. The reason for this effect is not well understood but may be connected to some key ingredients, such as healthy fats and isoflavones. Regardless of the mechanism, the research is so strong that the Mayo Clinic gives the evidence an “A” which means there is strong scientific evidence that red yeast rice can lower your cholesterol levels.

The evidence currently is less clear cut on benefits for overall cardiovascular health and diabetes but further research may show that this Asian diet staple has a wide-range of potential benefits for the West.

Since the evidence is so strong concerning the reduction of cholesterol, one might think the case was cut and dry. Unfortunately, there is still a debate over this rice. Typically, a product of this type would be considered a supplement and would, therefore, not be governed by the FDA. The problem here is that red yeast rice contains a very important ingredient known as lovastatin (also known as monacolin K). This ingredient is already used in a prescription drug called Mevacor and is part of a class of drugs known as statins. Because this ingredient is considered a drug, the FDA controls its sale and since 2007 has made it illegal to sell red yeast rice in the United States.

The FDA claims their decision is based on an increased risk of kidney problems associated with the use of statins. Their argument is that someone may inadvertently increase that risk by taking both the red yeast rice and drugs like Mevacor. They also claim that red yeast rice – because it contains this ingredient – is a drug and must go through the same approval process as any other drug before it can be legally sold to consumers in the United States.

A more skeptical consumer might suspect the FDA is attempting to weed out competition for statins like Mevacor. Clearly, the less expensive red yeast rice would be a popular and apparently effective alternative to the high priced prescription. And since Mevacor and its chief ingredient are still on the market this might give more consumers a reason to be suspicious of the FDA’s real motives for banning red yeast rice supplements.