Shellfish Cholesterol Question: Should I Eat Lobster and Shrimp? 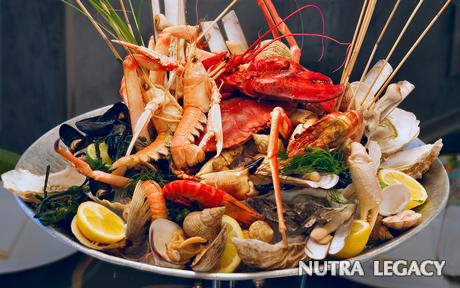 Even if you haven’t heard the news from your physician, you’ve probably learned that cholesterol is an important factor in heart health. You want low levels of LDL (low-density lipoproteins) and high levels of HDL (high-density lipoproteins) in your blood because this is the formula that will reduce the risks of developing the build-up of plaque in the arteries. This knowledge may open up plenty of other questions, however. For example, one cholesterol question is whether or not lobster and shrimp are good food choices.

Lobster and Shrimp for Good Health

For long periods of time, physicians were recommending that shrimp was a bad food choice, especially for people at risk of developing heart disease. That’s because shrimp contains two-thirds of the recommended daily allowance of cholesterol a person should consume. However, a study from the mid-1990s found differently. According to researchers at Harvard University, eating a heart healthy diet including shrimp did raise overall cholesterol levels. The explanation is that shrimp does raise LDL levels but also increases HDL because of the fish oils it contains. The two increases cancel each other out which means no net increase in cholesterol levels. However, that would not be the case if you eat fried shrimp which also contains a high level of saturated fat. Just focus on grilled or steamed shrimp. Lay off the rich sauces, too.

But are both lobster and shrimp good for cholesterol levels? Even though many types of shellfish have been considered off-limits by physicians, the research above has changed the minds of most of them today. Even so, lobster was never one of the worse choices. A serving of three ounces of lobster is low in saturated fat and calories and is actually one of the lowest in terms of cholesterol with only 61 milligrams compared to 80 mg for baked crab and 166 mg for fifteen large shrimp.

Other Foods that Naturally Lower Cholesterol

While lobster and shrimp are good choices, especially if you are looking for low-fat but high-protein foods, there are also other foods that can be good for your cholesterol. Take oatmeal, for example. Oatmeal is high in soluble fiber which has been proven to lower LDL levels. Eating one bowl every morning can make a big improvement in your overall numbers.

Eating about two ounces of walnuts daily instead of some type of high fat protein can also reduce your LDL levels by about 12 percent. Of course, if you’re consuming these nuts you need to be careful because they are so high in fat and calories. Eating them in moderation, however, is a wise decision for your heart.

If you want to add some type of oil to your diet without increasing your saturated fat intake, the best choice is olive oil. In fact, you could even drizzle a little over your lobster and shrimp. Consuming two tablespoons of olive oil a day can help lower your LDL levels. Plus, olive oil is high in antioxidants which have their own health benefits.

One Response to “Shellfish Cholesterol Question: Should I Eat Lobster and Shrimp?”