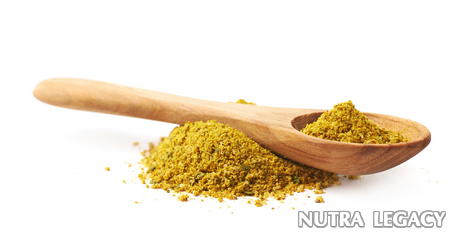 Quercetin is a phytochemical. Phytochemicals are derived from plants and many are being researched and studied for their health promoting properties. It is also known to be a flavonoid. Plants containing a number of different flavonoids have been used historically in traditional medicines in a variety of cultures; however flavonoids themselves were not discovered as a group until the 1930s. Flavonoids are best known for their antioxidant properties.

Quercetin is part of the coloring found in the skins red onions and apples. It is a common chemical pigment found in the barks and rinds of a wide variety of plants. It can be found in substantial quantities in different types of tea and red wines. It can also be found in green leafy vegetables (such as kale and broccoli), berries, and in herbs such as St. John’s Wort and ginkgo. It can also be isolated and produced in a form in which it can be sold as a dietary supplement.

Quercetin is known to be a powerful antioxidant. Antioxidants scavenge damaging particles in the body known as free radicals. Free radicals are known to damage cell proteins and genetic material and leave the cell vulnerable to cancer. Free radicals are also thought to be partly responsible for the aging process as well as a variety of illnesses and conditions. Antioxidant enzymes can help neutralize free radicals, and in doing so may limit or stop some of the damage they cause. Quercetin also has an important vitamin C sparing function.

Quercetin is also a natural anti-inflammatory and anti-histamine. It reduces both the release and manufacture of histamine as well as allergic and inflammatory mediators. Scientific research has shown that quercetin may also help to prevent cancer, particularly cancer of the prostate gland. Studies have shown that quercetin has anti tumor properties and that it may also act as a mast cell inhibitor which is useful in treating chronic prostatitis in men and interstitial cystitis in both men and women. An 8-year research project concluded that three flavonols (myricetin, kaempferol and quercetin) were responsible for reducing the risk of pancreatic cancer by 23 per cent.

Quercetin’s antihistamine properties may help to reduce asthma symptoms and allergic reactions. Its anti-inflammatory properties may assist in reducing pain from conditions such as arthritis. Men who are concerned with maintaining optimal prostate health could also benefit from quercetin. Quercetin is also thought to help decrease symptoms such as depression, anxiety and fatigue.

Quercetin may also be beneficial in assisting in the prevention of cataracts, heart disease, and respiratory conditions such as asthma and bronchitis.

Quercetin can be taken in greater dosages in dietary supplements. It is available on the market in tablet or capsule form in doses from 50 milligrams (mg) to 500 mg. At the moment, there is not a standard recommended dose for quercetin. When quercetin is consumed in the amounts contained within a healthy diet, it is unlikely to cause any health problems. In studies, there have been reports of nausea, but this only happened when high doses were administered.