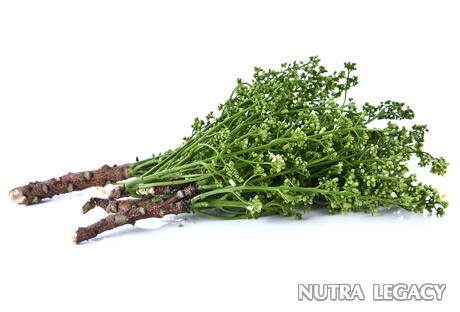 Methyl sulfonyl methane is also known as dimethylsulfone MSM. It is an organosulfur compound (an organic compound that contains sulfur). Sulfur is an essential constituent of every living cell. MSM can be found in some primitive plants and in small amounts in many other foods such as meat, cow’s milk, chocolate, fruits and vegetables, seafood, tea and coffee. Sulfur in the body is mainly held in the bones, muscles, nails, hair and skin. It is claimed that sulfur deficiency is widespread. As MSM provides sulfur, MSM will improve the general health of someone with a sulfur deficiency.

Chemically, MSM is a close relation of dimethyl sulfoxide (known as DMSO) which is a popular treatment for arthritis, although there is little scientific evidence of its effectiveness. When DMSO is ingested orally, or is applied as a topical treatment to the skin, a proportion of it is broken down in the body and forms MSM. This means that MSM is a metabolite of DMSO. Some research has shown that the MSM that is formed from DMSO in the body could be responsible for the beneficial effects that DMSO is thought to have on arthritis and inflammation. However, taking MSM on its own has the advantage that it does not carry the same side effects of DMSO, such as bad breath and body odor. Also, MSM has the additional benefit or attraction of occurring naturally in food. However, it is similar to DMSO in that there is little scientific evidence as to the actual effectiveness of MSM as a medication.

MSM has also been used to treat allergies, arthritis, parasites, gastrointestinal problems, acne, PMS, lung problems, heartburn, muscle pain, constipation, and has also been used in the treatment of cancer. It has been used in applications sold to treat inflammation, reduce bodily acidity, promote better circulation and to increase the health of connective tissues. More recent uses include treatments for snoring, lupus, parasites, snoring, eye health, stress and diabetes.

MSM can provide sulfur to a variety of essential bodily compounds. Sulfur is very important functionally and structurally to many bodily systems and elements, including enzymes, hormones, antioxidants, and antibodies. Sulfur also plays a vital role in a variety of important processes in the body. It must be present for the synthesis of collagen (the principal protein in connective tissue) immunoglobulin (an antibody which plays a vital role in mucosal immunity) and enzymes (biomolecules which are mostly proteins that catalyze chemical reactions in the body).

In addition, bodily sulfur ensures that cell membranes remain flexible and permeable which in turn allows the efficient exchange of waste products and nutrients. Sulfur maintains the health of connective tissue mainly through the production of collagen. Sulfur must be present for the formation of new cells, and must also be present in the process of repairing and replacing damaged organs and tissue. Sulfur is an element in insulin and is therefore important in energy production and must be present for the metabolism of carbohydrates. It is also important in maintaining the balance between acids and alkalis in the body and is an activator of vitamin C, thiamine (also known as vitamin B1), pantothenic acid (vitamin B5) and biotin (known as vitamin H or vitamin B7).

MSM is considered to be non-allergenic, and studies have found that there are no side effects. It is also not known to interfere or react with other supplements or medicines.