Melatonin: Not just for sleep, but good for the whole body

We have all heard about the benefits of a balanced sleep system through the use of our natural levels of the hormone melatonin. Many sleep products try to emulate the body’s melatonin levels, and most of these cause problems, if not actual dependencies. New studies are showing that melatonin is more than just for our sleep, it actually may affect our digestive system as well. 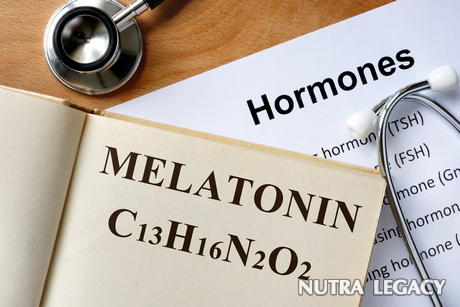 Natural melatonin is produced in the pineal gland in the brain and is our regulator for when we go to sleep and the length of time that we achieve a good night’s sleep. Our digestive system works in a similar method as the brain by producing the same kinds of brain wave patterns and body communication methods. There is more evidence that the brain and digestive system work in close coordination, with melatonin as the main ingredient. The content of melatonin in the gut is approximately four hundred times stronger than in the brain. The enteroendocrine cells of our gastrointestinal tract produce melatonin and this hormone is also found in the liver and pancreas.

Ever wonder why you get sleepy after eating a large meal? Our gut is filled with mucous membranes that contain microbes. In most cases, there is a kind of symbiotic relationship of balance with the internal bacteria producing endotoxins. However, when there is a critical mass occurrence (i.e.: a large meal) the body triggers a response and sleep is thought to be that response. Our gut controls a number of areas including inflammation, free radicals and anti-oxidants. A healthy gut reaction also means that there is a sufficient balance between the bacteria and T-helper cells, which leads to a good immune system.

Our nightly production of melatonin in the brain is approximately an eight hour process. Combined with the hormone prolactin, the body uses this time to rid our body of problematic viruses, pathogenic bacteria, foreign proteins and man-made chemicals. This is why lack of sufficient sleep can cause a diminishing in the immune system. The body simply hasn’t had enough time to cleanse itself and the problems remain within the body to wreak havoc on our systems.

During our sleep cycles, there is an incredible symphony between the brain and the gut. The brain causes a ninety minute cycle of the slower brain wave sleep that is followed by what is known as REM sleep (rapid eye movement). We have our dreams during the REM time. The gut also produces the same kind of rhythmic timings, with combinations of ninety minute contractions in the muscles followed by shorter time periods of faster movement. If this process is interrupted or not allowed to complete, the balance is altered and can cause inflammation problems that can include a number of bowel and disorders all the way to colitis.

Melatonin can reduce inflammatory cytokine release, overall injury of the colon and cell apoptosis. Blood flow improvement is the main reason, but this is combined with the general effects of melatonin as an anti-oxidant process. Studies are showing that there is a direct connection between melatonin and the general health of mind, gut and body.