Are you looking for more information on the topic of insomnia?

The Negative Effects of Insomnia 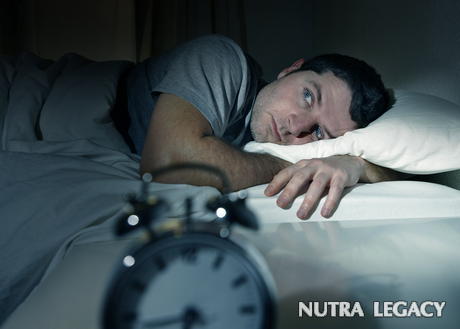 We have all experienced one of those nights when we just tossed and turned without sleeping well. Possible reasons could be we couldn’t turn off the thoughts running through our heads, maybe we were anxious or excited about something that was going to happen the next day, or we’d had too much caffeine before going to bed. Maybe you are one of the lucky ones who has had only one or two incidents of sleeplessness among many good nights of rest. However, for millions of Americans, those nights of restlessness and sleeplessness are a repeat occurrence. When not being able to sleep becomes so common that it begins to interfere with your daily routine, you could be suffering from insomnia. Unfortunately, many people do not realize that insomnia can cause some serious, even dangerous side effects.

While you may believe insomnia only impacts your life, this disorder can also impact the lives of others. Car accidents are one good example. According to the National Highway Safety Administration, more than 100,000 automobile crashes are caused by drivers falling asleep every year. Of crashes researched in 2002, more than 70,000 injuries and 1,500 deaths were reported. More than half of those crashes involved people under the age of thirty. This age group seems to suffer from insomnia and chronic sleeplessness more frequently than others.

Although it was once believed that insomnia was sometimes caused by depression, some researchers now suspect that a chronic inability to get a good night’s sleep could be a factor in the development of depression. What sleep researchers and others in the field have discovered is that when you cannot sleep, you suffer from a wide range of symptoms, including the following:

Over an extended period of time, these symptoms can turn into full-blown depression. Unfortunately, many attempts to deal with insomnia, at this point, are useless and only exacerbate the problem.

While insomnia can severely impact your mental health, it can also interfere with your professional life. Whether you are a student, athlete, or a full-time employee, you are likely to see negative effects of chronic sleep loss impacting your ability to perform. In the work field, for example, in one study of insomniacs, the absentee rate was 10 times higher for sufferers than for control groups. High levels of absenteeism not only put your job at risk but can also affect your weekly paycheck, making advancement difficult or impossible. If you are a student, you may be concerned about concentration and memory problems associated with even mild levels of insomnia. If you can’t focus on schoolwork or remember what your professors say during lectures, you’re not going to succeed in school. Ultimately, your future success factors would remain greatly at risk if proper amounts of quality sleep are not obtained.

Research published back in 2007, has also indicated that a serious lack of sleep could cause people to have overly intense emotional reactions to negative events and experiences in their lives. What researchers found is that sleep is important to us because it helps replenish the circuits in our brain that control emotional responses. When we don’t get enough sleep, these circuits are not properly replenished and this can cause serious emotional instability. The emotional centers of sleep deprived subject’s brains were 60% more active than those same areas in the brains of the control group who slept normally.