Taking Charge of Your Sleeping Disorder

There are a number of people that experience sleep disorders, and these aren’t just limited to night shift workers, new parents and menopausal women. Having problems sleeping has become a nationwide epidemic and has led to a number of other physical problems. So how can you take charge and begin getting the sleep that you need? 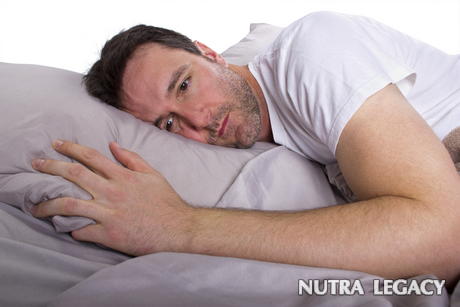 If you think that getting enough sleep isn’t important, keep in mind that the average woman actually gets six hours and forty one minutes less sleep than they need. Not getting enough sleep can lead to a myriad of problems, including weight gain, irritability, an increase of illness potential, poor job, school and home performance, and a lowered ability to focus. Adults need about seven to eight hours of sleep per night and those people that think they can get by or five hours per night are doing themselves harm.

Understanding the different types of sleeping problems is the first key. Insomnia is the consistent problem of not being able to go to sleep. This doesn’t mean a few nights; this means that it is a constant problem which turns into chronic insomnia. Women experience these problems in a higher percentage than men. You can recognize the symptom when going to sleep becomes an anxiety experience, rather than one that you look forward to. Treating insomnia is going to take some changes on your part. Examine your pre-sleep practices. Making a few small changes can mean a lot. Back off on the caffeine earlier in the day. Lower or dim the lights from early evening because your body kicks into a sleep mode with low lighting. Try a warm, quiet bath. Turn off the television earlier. Begin going to sleep at the same time every night.

Restless leg syndrome is a disorder that afflicts a number of people. It not only affects the individual who has it, but the partner that is sleeping in the same bed. The actual cause is still not quite clear, but studies are showing that it may be caused by the iron as well as dopamine levels in the body. RLS symptoms have been described as anything from a strange feeling in the legs, to itching, burning, lack of ability to control movement and even the feeling that there are bugs on your legs. Treatment is an experiment for the individual to see what works. Cold or warm showers, exercise, heating pads and massage therapy are just a few of the potential therapies. For the more severe cases, there are medications that emulate the dopamine levels in the body.

Sleep apnea, also called obstructive sleep apnea is a situation that causes loud snoring and may interrupt the breathing process from thirty to sixty seconds. The muscles in the back of the throat relax to such a degree that snoring occurs followed by blockage of the airways. Causes vary from weight gain to alcohol intake and sleeping position. Treatment is again based on the individual. Beyond the obvious weight loss, you can experiment with different sleeping positions. Severe cases may require actual surgery.

I was always a night owl, having difficulties going to sleep before 11 pm and yet had to get up in the morning around 5 AM. I couldn’t function like this, and so I increased my caffeine, which caused me to not sleep at night. I began to experiment by slowly backing off on the caffeine. This was followed by winding down my stress-ridden day and lowering the lights. The final thing that actually worked was finding a sleeping position that was incredibly comfortable and almost guaranteed that I phased into the first area of sleep. It took a lot of trials, but, I think in my case, it may be a position that was comfortable when I was a child; and I just forgot about it. I am now getting my eight hours per night and am shocked that I was able to change a life-long (adult) schedule. Each person will want to see what works for their particular sleep disorder, but I can tell you from experience, it’s well worth the effort.