Breast cancer is widely known as a killer of women. But not many people know that men can also become victims of this disease. Here are some questions that are commonly asked about male breast cancer, as well as some (perhaps surprising) male breast cancer facts. 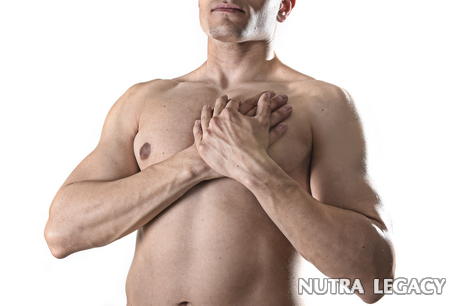 What are the male breast cancer signs?
The most common breast cancer symptom is a firm mass (or a lump) below the nipple. There may not be other symptoms. The average lump size when it is first found is usually 2.5 centimeters. Skin changes may be caused in the nipple area as well.

How is male breast cancer diagnosed?
It is necessary to undergo a biopsy in order to obtain tissue specimens, so that cancer cells can be identified. Male breast cancers are usually more accessible to biopsies, since they have very little breast tissue. A diagnosis can generally be established by inserting a fine needle into the suspicious mass and extracting a tissue sample. A pathologist then examines the tissue and determines whether cancer cells are present, and if they are, what stage the cancer is currently at.

How is male breast cancer treated?
Much like with female breast cancer, treatment depends on the patient’s overall physical state, and, of course, the stage of the cancer itself. Treatment for male breast cancer is generally the same as that for female breast cancer. Most male breast cancers will first be treated by surgery. The most common surgical treatment in this case is called a modified radical mastectomy. This entails removing the breast, some parts of the axillary lymph nodes, and chest muscle lining. In certain cases, some chest wall muscles may also be removed. If the cancer comes back (referred to as a recurrence), then another round of surgery may be done, along with radiation therapy and/or chemotherapy.