Irish Moss Extract: Helps with Inflammation of the Urinary System 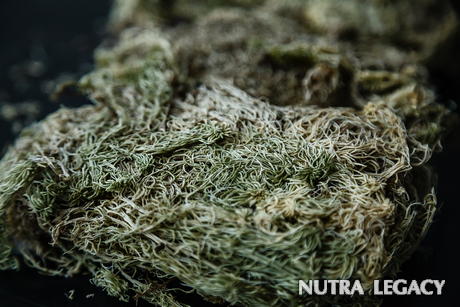 Unlike some of the more common herbs and spices recommend as natural remedies for health conditions, Irish moss may not be the one most commonly known. However, it does have a lengthy history of being used for just this purpose – long before the resurgence in natural treatments. Herbalists, for example, have used Irish moss extract to reduce inflammation and to treat urinary system problems, as well as many other valuable uses.

Two types of Irish moss exist. One is a moss-like plant that grows flowers and is ideal for gardens. The other is the one we’re talking about here which is a type of seaweed whose scientific name is Chondrus crispus. This type of Irish moss is categorized as red alga and tends to grow along the rocks around the shores of some parts of England and Europe, as well as North America. In fact, you’ll find it throughout Ireland, southern Spain, California, and even Japan.

Irish Moss got its name because it was made famous during the potato famine that struck Ireland in the 1800s. Because people were starving, they became desperate and began eating the red alga that was on the rocks. As a result, the name stuck. Sometimes this alga is also referred to as carrageen moss because of its high carrageen content. Carrageen is a common food additive used to maintain stability within processed foods and as a thickening agent.

No clear research studies have been done to prove the ability of Irish moss extract to reduce inflammation but generations of anecdotal accounts of its effectiveness can be found in any location where the red alga is plentiful. For example, the Irish recognized the anti-inflammation properties the plant contained so they would use it to treat gastrointestinal upsets or urinary system problems that resulted from inflammation in those parts of the body.

While it’s not completely clear why it would work in this way, the answer might have a connection to the vitamin content. Irish moss contains plenty of major vitamins (known as the A, B, C, D vitamins collectively) and these vitamins are known to reduce inflammation on the skin so they may serve a similar internal purpose as well.

Treating urinary system problems is also part of what Irish moss extract can do. The Irish also recognized its abilities to treat respiratory problems. Because it contains ingredients that work like an expectorant, people who take it can more easily begin to clear out their lungs which will prevent common colds from becoming pneumonia. The anti-inflammation properties are also useful because they soothe the respiratory tract after severe bouts of coughing.

Irish moss is also used to treat some types of skin conditions, including psoriasis. Again, the ability of the alga to stop inflammation can ease the redness and soreness associated with breakouts of these chronic skin conditions.

Another benefit is that Irish moss extract is a good source of iodine which is an important nutrient that is hard to come by naturally normally. Our most common source is table salt that has been infused with iodine. However, if we don’t get enough of this compound, we could develop serious health conditions such as goiter.

One Response to “Irish Moss Extract: Helps with Inflammation of the Urinary System”