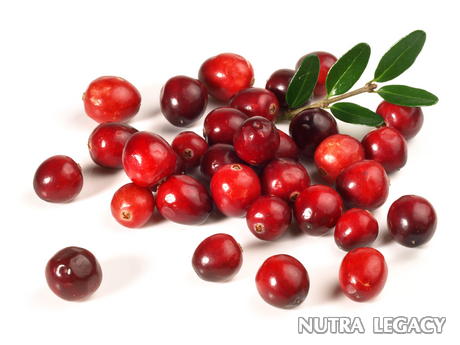 For decades, women who’ve suffered from bladder infections or other urinary tract problems were often told to simply start drinking cranberry juice and it would help take care of it. Research now supports that advice. Cranberry extract is turning out to be exceptionally useful in the fight against urinary tract infections.

The term “cranberry” refers both to the small red fruits and to the shrubs that produce them. These evergreen shrubs grow low to the ground in bogs and are found mostly in the United States and Canada. Interestingly, the name “cranberry” was given to the plants after European settlers found their shape akin to the crane. Only later was the “e” dropped to give the berry its present name.

Studies on the Benefits of Cranberry Extract

A study conducted a few years ago involving 150 women put the potential benefits of the cranberry to the test. Some of the women were given probiotics. Others were given nothing, and another set was asked to drink cranberry juice on a regular basis for 12 months. At the end of the study, the group of women that drank the juice showed a 20 percent decline in the risk of developing urinary tract infections compared to the other two groups.

Another study of 150 women had one group taking placebos and another cranberry extract tablets. The women who took the tablets ended up showing a significant reduction in the frequency of urinary tract problems during the test year.

Why Does Cranberry Extract Work?

Cranberries fight urinary tract infections because they help stop some types of bacteria from attaching to healthy cells in the body; at least, this concludes findings of a study performed at the Worcester Polytechnic Institute. The study looked at the fimbriae-type of E. coli bacteria, which is the type of bacteria responsible for most urinary tract infections. Researchers wanted to see what effect cranberry juice would have on the bacteria. They discovered that the juice interfered with the ability of the bacteria to connect with cells, essentially inhibiting the bacteria from starting the infection process.

Another interesting part of the findings showed that the higher the dose of cranberry extract, the less likely it would be for bacteria to attach to cells and begin an attack. Another study done at Yale University using urine samples from several students before and after they consumed cranberry juice yielded similar findings; however, the Yale researchers pointed out that no evidence yet shows that cranberries will treat the urinary tract infections once they’ve started. This means prevention is the key.

Many of the studies conducted on the effect of cranberries on urinary tract problems focused on cranberry juice because that was what people have been recommended for generations; however, new research is showing that cranberry extract pills, cranberry sauce, and even dried cranberries can provide similar amounts of protection. Cranberry extract might be a better alternative for diabetics because ordinary cranberry products contain high levels of sugar, which can further disrupt blood sugar numbers.

One Response to “Cranberry Extract: Helps with Urinary Tract Problems”