How Much Food Do Americans Waste?

Americans have seen a 50% increase in food waste per year since the 1970s. This problem, although rooted in poor food harvest, storage, and aesthetic practices, is a complicated multi-tiered issue: roughly 40% of food harvested for American consumption never even leaves the fields. Approximately 31 million tons of wasted food enters landfills every day. In 2010, about 133 billion pounds of food was thrown away by food retailers such as supermarkets, grocery stores, restaurants, and fast food establishments. An average American household wastes about one-fourth of all food purchased. Since the issue of food waste does not have a simple solution, there are a variety of factors to address for Americans to reduce those staggering numbers. 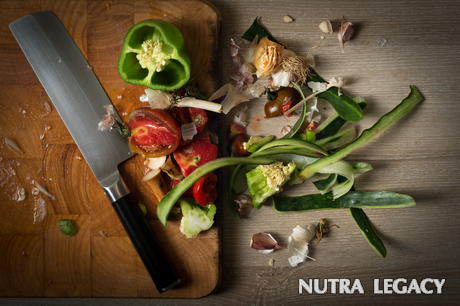 Although individual households greatly contribute to the overall waste of food in America, a good portion of food waste is the result of poor harvesting practices and faulty equipment. Up to 7% of produce grown in America is left unpicked because farmers–who typically plant more produce to account for disease, poor weather, and fluctuating availability of cheap labor–let excess produce rot in the field. In order to meet the minimum aesthetic standards of color, shape, and size, less than half of the produce harvested leaves the farm. Faulty refrigeration equipment and can also contribute to produce waste.

Supermarkets and grocery stores also play a hand in contributing to food waste: as much as $15 billion dollars in produce alone goes to waste annually. This so-called “cost of doing business” prevents supermarkets from looking barren and empty, yet another expensive aesthetic preference contributing to food waste. Grocery stores also opt to throw away meat, seafood, produce, and pre-packaged food nearing their “sell-by” date, even if the food itself is still edible. This distorted demand for fresh food also affects the foodservice and restaurant industries, where various pre-prepared food items must be discarded in five to thirty minute intervals. An estimated one-tenth of all fast food simply goes to waste.

A report by the National Resources Defense Council in 2012 found that the average American throws away roughly 25% of all food and beverages purchased; that amounts to roughly $400 per person, and about $1,600 for a family of four per year. Certain reports estimate an even higher amount of household food wasted per year, averaging roughly $2,275. Since food is usually one of the top-three largest household expenses, this means that a significant portion of the family budget is simply thrown away. Less than 3% of discarded food is composted, which means that most food waste ends up in landfills, creating dangerous greenhouse gases such as methane.

Although the problem of food waste has serious environmental ramifications, the Food and Drug Administration, U.S. Department of Agriculture, and the Environmental Protection Agency have recently announced their efforts to help eliminate food waste. The USDA’s Food Waste Challenge promotes awareness and challenges processors, producers, communities, and government agencies to reduce, recover, and recycle as much food as possible.