With the rise of 3D viewing content over the past few years in places like theaters, home entertainment, and portable gaming consoles, much has been reported about the ill effects of 3D on the eye health of young children. It seems, however, that these concerns have been largely overstated, as the American Optometric Association of over 36,000 optometrists nationwide believe that almost all children can view 3D safely. 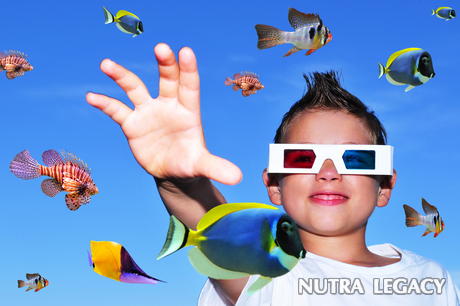 The AOA pointed out that no cases of vision damaged by 3D viewing have ever been documented. Binocular vision, which is necessary for viewing 3D, develops in children between the ages of six to 12 months, and the AOA says that by the age of three, binocular vision should be “well established” in almost all children.

While the AOA recommends limiting the time spent experiencing 3D content, the same limitations hold true for 2D content as well. Additionally, the risk of seizures from viewing 3D is no greater than with 2D, claims the AOA. As always, parents of children with photosensitive epilepsy, or with conditions that require them to take medications that increase the risk of seizures, should exercise caution and discretion when allowing 2D or 3D television watching or game playing.

Ironically, not only have the risks of 3D content on the eye health of children been greatly exaggerated, but 3D may ultimately prove beneficial for some children, as it can serve as a kind of litmus test for poor binocular vision in children. The AOA recommends that children who cannot see 3D content should visit an optometrist right away.

While most children are unlikely to possess the ability to enjoy 3D content until the age of two or three, the reported detriments of 3D on eye health are all but non-existent.