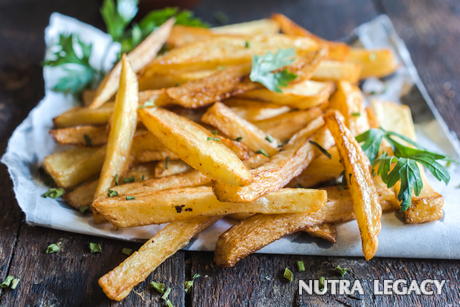 Food loaded with fat is the way to lose weight! For some people this statement may seem absurd, but it is true. In fact, this diet technique has been used by millions of people over the last two decades. One of the most popular professional nutritionists was Dr. Atkins, creator of the popular Atkins Diet. He wrote several bestselling books about his dieting strategy, including the “Atkins Nutritional Approach.”

The main idea behind this diet is to reduce the amount of carbohydrates that you consume. When the body doesn’t get enough energy through carbohydrates it starts to use other sources of energy. The kidneys always contain a certain amount of glucose that is converted into glycogen. Stopping carbohydrate consumption prevents the intake of glucose. Kidneys start to convert the glycogen back into glucose to normalize the level in the body. At the same time, lipolisys’ break down fat in fat cells, allowing fatty acids to enter the blood stream. After the stores of glycogen are depleted, the kidneys start to produce ketones from fatty acids synthesized from the lipolisys’. That way, ketones supply energy to the brain and muscles. Basically, the body switches its energy source from carbohydrates to fats, which causes the body to burn fat.

Pros of a high-fat diet

If the diet is properly followed, weight loss is guaranteed.

Also, stringent restrictions for this diet are limited. Carbohydrates are the only concern, so any other foods are fine to eat.

This diet is also good for many people whose bodies are intolerant of starchy foods.

Cons of a high-fat diet

High-fat diets lead to ketosis, which is can cause irritability, headaches and can cause the kidneys to work harder. Ketosis is also known to cause heart palpitations and in some rare cases, cardiac arrest.

Another disadvantage is that high-fat diets lack many vital nutrients. By restricting carbohydrate intake, many plant-based foods, which are rich in health-promoting photochemicals and cell-protecting antioxidant, are also restricted.

Another disadvantage is that often the weight lost during dieting comes back after the diet has ended. That happens because weight loss comes from wrong place. When glycogen is burned, water is secreted. So after you stop following the diet it comes back and so does the weight.

Many of these “high-fat diets” originated in the United States and became very popular. Interesting, obesity rates in U.S. at the height of their popularity in the 1990s, rose from 12 to 21 percent. That rate is still rising.