What exactly is Alzheimer’s Disease? We know it gets its name from the German physician Alois Alzheimer, who first described the symptoms in 1906. We know that it has no cure and we know it is a fatal disease. Although the condition is still somewhat shrouded in mystery, Alzheimer’s Disease is the current reigning champion of senile dementia-like diseases in both popularity and incidence. Approximately 5.3 million Americans struggle with Alzheimer’s every day. As we begin to better understand this rampant – and in many ways – painful disease, we can also begin to fight against it. 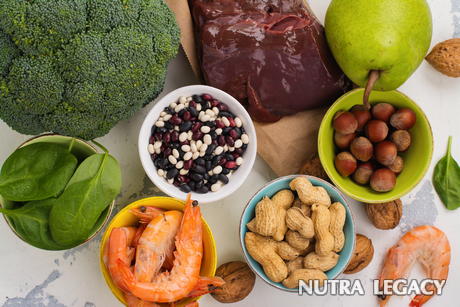 According to scientists at the National Institute on Aging Intramural Research Program, Alzheimer’s Disease and other similar neurodegenerative disorders (i.e. stroke or dementia) is connected with the death of neurons. This form of “programmed cellular suicide,” or apoptosis as it is called, occurs when DNA goes unrepaired. Why would my DNA go unrepaired, you may ask? Well, research illustrates that a deficit in certain proteins may be responsible. The next step is understanding what produces these vital proteins and why you may be lacking.

It is believed that telomeres – genetic sequences at the end of chromosomes – produce proteins involved in DNA maintenance and repair under normal circumstances. But certain substances, such as the amino acid homocysteine, are toxic to telomeres and impair their ability to mend damaged DNA.”

So, we need another substance that can help combat homocysteine. In steps folic acid. As we’ve discussed in the past, folic acid is important for the production of red blood cells and the prevention of anemia. The dietary form of this seemingly diminutive, water-soluble vitamin (also known as vitamin B9) actually suppresses the build-up of homocysteine. This certifies dietary supplements containing folic acid as one of the very best tangible defenses against Alzheimer’s Disease.

Keep in mind that challenging yourself mentally and avoiding rote behavior is another good way to ward off the onset of dementia. Combine these aforementioned defenses with an exercise regiment and a balanced diet, and you should be fortified with protection against the ravages of Alzheimer’s Disease.