Facts about Melanin Structure and its Biological Functions 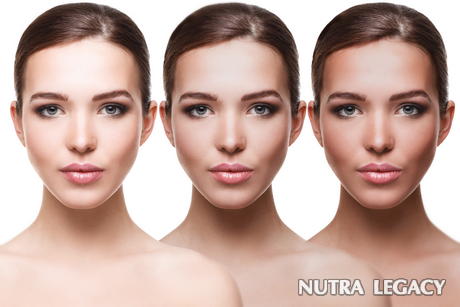 Next time you get a tan or notice the appearance of freckles on your skin, you should think about their cause: melanin. Understanding the melanin skin coloring connection can help you better understand different skin disorders.

To understand melanin and its role in the body, you need to remember that the skin is divided into two layers: the epidermis and the dermis. The dermis is the more interior layer of skin and contains the hair follicles, oil glands, blood vessels, and collagen. The upper layer is the epidermis and is where melanin works its magic.

Several specialized types of cells can be found in the epidermis, but the one of interest to this discussion is the melanocyte. These cells contain melanin pigment which causes darkening of the skin. Sometimes the darkening is caused by the release of hormones by the pituitary gland. These hormones end up stimulating the melanocytes to produce more melanin which creates a darker skin appearance. In other cases, ultraviolet light stimulates other types of skin cells which also stimulate the production of melanin in the skin.

In addition to melanin, these cells also include an enzyme called tyrosinase. When the cells are stimulated, the tyrosinase kicks into action. The enzyme starts turning amino acids into another compound called dopaquinone which then goes through several chemical reactions before finally becoming the melanin released by the skin.

When you want to get a tan, what you’re really wanting is to boost your cells’ production of melanin. Tans are caused because melanin is used by your skin to protect your body from ultraviolet light. During prolonged sun exposure, your body produces a lot of melanin in response to the light. As a result, your skin looks tan.

Because of the important role melanin plays in the skin, its production or lack of production can also be directly connected to several skin disorders. For example, the rare condition known as albinism is caused when the enzyme tyrosinase’s activity is blocked in the cells. Without this activity, the melanocytes cannot produce melanin. As a result, the skin and other parts of the body have little pigmentation thus causing the very pale skin and eye color associated with the condition.

While albinism usually occurs throughout the body, other skin disorders can cause a loss of pigmentation in certain areas. The condition known as Vitiligo occurs when the cells stop producing melanin in specific parts of the skin causing whitish patches to form. The cause of the disorder usually results from disease or skin trauma.

In other cases, melanin is overproduced. Melasma is one such example. In this condition, which is common during pregnancy, the cells produce too much melanin and end up creating dark patches over parts of the body, including the face, hands, and other regions.

If your skin is not producing enough melanin, you are more vulnerable to the destructive impact of ultraviolet radiation. Sun exposure can also worsening the darkening effects of melasma by over-stimulating melanocytes.

2 Responses to “Facts about Melanin Structure and its Biological Functions”