On a hot summer day, there’s nothing quite like an ice cold soda to cool you down. Having a soda is also nice on fall days, winter days, spring days – just about any day, really. The Huffington Post reports that 48 percent of Americans drink soda every day, in an article called “American Soda Consumption: Half Of Us Drink It Everyday, Study Says.” 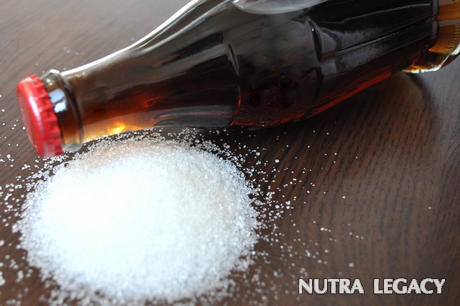 It’s not hard to get your hands on a soda. At convenience stores, you can purchase enormous amounts of soda for a dollar or less. It’s no secret that these drinks aren’t good for you. A 44 oz. Super Gulp of Coca Cola at 7-Eleven has a whopping 512 calories and 128 grams of sugar.

In an age when many Americans worry about calorie and sugar consumption, soda companies have really beefed up the diet and zero-calorie drink market. You’ve got Diet Pepsi, Pepsi Max, Diet Coca-Cola, Coca-Cola Zero, Sprite Zero, Diet Dr. Pepper and the list goes on.

To the soda enthusiast, these sound like great alternatives to the calorie-ridden regular sodas. However, according to Susie Swithers, a professor of psychological sciences and a behavioral neuroscientist at Purdue University, the results of switching to diet sodas isn’t promising.
In an article by the New York Daily News, called “Diet Soda is No Healthier Than Regular Soda: Report,” Swithers discusses this.

“Findings from a variety of studies show that routine consumption of diet sodas, even one per day, can be connected to higher likelihood of heart disease, stroke, diabetes, metabolic syndrome and high blood pressure, in addition to contributing to weight gain,” she said.

So, why is this happening?

Catia Sternini reports some interesting findings about how the role of carbonation may be a big factor. The article, “In search of a Role for Carbonation: Is This Good or Bad Taste?”published in Gastroenterology, discusses some findings of a recent study about the affects of carbonation and the brain’s perception of sweetness.

On one side of the coin, this is positive for the consumer. You can drink diet sodas and still have as pleasant an experience as drinking a regular soda.

The down side? This might actually stimulate consumption of sugar and food, because the brain perceives less sugar intake and energy balance can be impaired.

Additional studies will need to be done to look at the link between diet drinks and health issues, but this is a promising start.