Those of us that have children or family members with learning disabilities have often heard read and joined the multitude of people that proclaim Albert Einstein had a learning disability. From dyslexic to ADHD (Attention Deficit Hyperactivity Disorder) organizations, the claims regarding Albert Einstein’s disability has given hope to those that share those types of life hurtles. While the story has encouraged many to reach higher goals, is this story true or a myth? 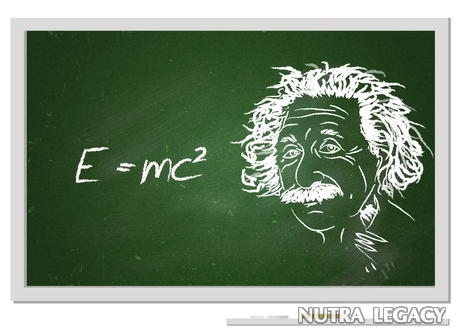 The story surrounding the Albert Einstein learning disability relates that he could not talk until he reached the age of four and had reading problems until around the age of nine. After he graduated, Einstein failed his first college entrance and later lost three different teaching positions in a span of two years.

To really find out whether the Albert Einstein learning disability is true, one must dig deep into the history and reality of Einstein. Ronald W. Clark has accomplished an in-depth study on Albert Einstein and has written a very comprehensive biography. An additional biographical source is Subtle Is The Lord: The Science and Life of Albert Einstein, by Abraham Pais. Pais reports that Einstein’s family might have had concerns regarding his slow ability to speak from an initial standpoint, but that by the age of two or three, Einstein was speaking in full sentences. It was reported by Hans Albert, Einstein’s son, that his father was always somewhat withdrawn or shy, even when he was a young boy.

Letters found from Einstein’s mother indicated that he entered school when he was six and his report cards and grades put him in a status of number one, again. Einstein was reading books on the topic of physics when he was twelve years of age and philosophy books when he was thirteen. This negates the concept that Einstein was a very poor student.

When the topic turns to the fact that Einstein didn’t pass his college examination the first time he took it, the little factor that he was only sixteen years old is overlooked. He was not only two years under the average age for taking the college exam, but he had an ulterior motive. His father had preferred that he follow in a technical occupation path. Einstein found it so distasteful that he decided to just not study for the exam.

In discussing Einstein’s initial work history, the fact portion of it is true that he did go through three different employments in a relatively short period of time. However, it may be noted that two of the three jobs were temporary assignments. The third was a teaching position in which Einstein and the employer had a major difference of opinion. Therefore, his short employment was not based on any learning disabilities, but on the nature of the jobs.

The Albert Einstein learning disability has been maintained over the years so that it is now an urban legend. In the case of this myth, it has given inspiration to those who suffer from learning disabilities, but there is no basis of truth in the story.