A report came out that pretty much dashed the hopes of every menopausal woman. Previous indications of deep breathing had indicated that this process can reduce the symptoms of those ever horrible hot flashes. The report stated that deep breathing had no effect on hot flash symptoms; but they didn’t report that the people doing the deep breathing may have been doing it wrong. 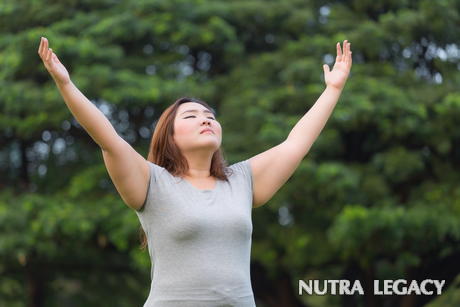 Those involved in the study were doing fast breathing exercises and this is not the recommended breathing technique. According to medical director of Southbury Clinic for Traditional Medicines, Dr Andrew L. Rubman, the correct breathing is pranayama or yoga breathing. This particular form of breathing has a great effect on neutralizing the slight ph imbalance that is experienced when the blood becomes slightly more acidic. The nervous system has an autonomic response that increases the chances of hot flashes during this imbalance. Yoga breathing has a restorative power to balance the pc and calm the autonomic nervous system response, thereby making the hot flash less intense as well as less frequent. Dr. Rubman has been using the pranayama techniques with his female patients that experience hot flashes with great levels of success. What makes this breathing different than just fast breathing is that the exhale has to take twice as long as the inhale.

Any woman that has used breathing techniques in childbirth is aware that there are various levels and techniques in breathing to assist in eliminating pain. Do it wrong, and you can hyperventilate. The same goes for the pranayama technique. Dr. Rubman is questioning the validity of the study not because he knows it’s incorrect, but because the media latched on to the results to blast mis-information to hopeful women everywhere. You can get guidance on the proper pranayam breathing technique from any yoga instructor and it might just help rid yourself of those horrid hot flashes.