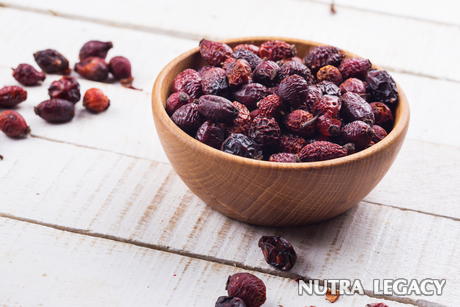 Citrus Bioflavonoids provide natural antiviral, anti-allergy and anti-inflammatory properties. Certain types of bioflavonoid are useful for fighting free radical damage, infections, and viruses such as the common cold. They have also been used to help reduce the effects of the symptoms associated with respiratory conditions and allergies.

Citrus Bioflavonoids are sometimes treated as vitamins because they have similar properties and characteristics to a vitamin. In fact, they are sometimes known as vitamin P. They come in a variety of different forms including eriodictyl hesperidin, rutin and quercetin.

Citrus Bioflavanoids cannot be produced by the body. They therefore have to be ingested in the food we eat or as a dietary supplement. Good natural sources of bioflavonoids include the peel of citrus fruits, black currants and peppers. Also, cherries, apricots, grapes, grape fruit, oranges, lemons and prunes are good sources. Some herbs are also rich in naturally occurring bioflavonoids. They include elderberry, chervil, hawthorn berry, horsetail, shepherd’s purse and rose hips.

The use of Citrus Bioflavonoids on a daily basis can be helpful in alleviating spider veins, bruising, varicose veins, arthritis, phlebitis, hemorrhage, high cholesterol levels, cataracts, herpes, general inflammation, blood clots, bleeding gums, scurvy, edema, hemorrhoids, and hypertension. It has been found that taking vitamin C with bioflavonoids can be beneficial as it enhances the healing function of the two substances.

Quercetin is widely available in capsule form as an individual supplement in itself. It is well known for its antioxidant properties. Antioxidants scavenge damaging particles in the body known as free radicals. Free radicals are known to damage cell proteins and genetic material and leave the cell vulnerable to cancer. Free radicals are also thought to be partly responsible for the aging process as well as a variety of illnesses and conditions. Antioxidant enzymes can help neutralize free radicals, and in doing so may limit or stop some of the damage they cause.

Rutin as a bioflavonoid is related to hesperidin and is a glucoside of quercetin. In fact, rutin contains around 50 per cent quercetin. Rutin is a pale yellow, solid substance which is slightly soluble in water. It forms the base of a whole group of bioflavonoids.

Rutin works in conjunction with vitamin C, and in doing so can and assist in reducing intraocular pressure and pain. It is a phenolic antioxidant, and it has been shown in research that rutin scavenges superoxide radicals. Rutin has the additional benefit in that it may help to maintain levels of glutathione, which is an important antioxidant.

Rutin has been shown to help to in maintaining a healthy circulatory system. It is especially useful for preventing bleeding caused by weakened blood vessels. It can also be used as a treatment for glaucoma, venous insufficiency, hemorrhoids, hay fever, varicose veins, oral herpes, poor circulation, cirrhosis, stress, cataracts and low serum calcium.

Rutin commonly appears in vitamin C supplements as it boosts its effectiveness. It is commonly extracted from buckwheat. It is also a good source of vitamin C that is not acidic. Rutin is also used in topical ointments that can be used to stimulate blood circulation. It can also be used to decrease the fragility of capillaries in the extremities of the body.

One Response to “Citrus Bioflavonoids Have Natural Antiviral Properties”