Methamphetamine is everywhere these days. You can’t escape it. Whether its primetime television, drug awareness billboards scattered throughout the Midwest or perhaps your neighbor’s basement even, the presence of this cheap and debilitating substance is all around us. It’s the designer drug for the everyman—truly the current opiate of the masses. So, when we identify an herb than can minimize the withdrawal effects of meth (and cocaine and heroin for that matter), why is legality such an issue? 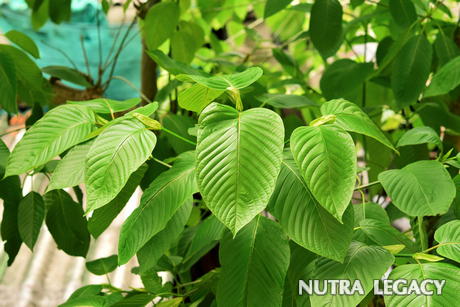 Kratom, a plant in the coffee family that’s indigenous to Thailand, is that herb. When put in capsule form or in a tea, it has the power to relieve pain, improve mood and reduce the symptoms of hard drug withdrawal to a mere runny nose in some cases.

According to David DiSalvo’s article “The Kratom Experiment Begins,” on Forbes.com, “Kratom is another name for the leaves of the mitragyna speciosa tree, which look like large, oval mint leaves. The trees are indigenous to Southeast Asia and their leaves have been used as a traditional medicine in Thailand and Asian countries for centuries. The leaves are dried and powdered and sold in a few different forms, typically in capsules, tablets, powder, or as a liquid.”

So, why does the U.S. Drug Enforcement Administration list Kratom as a “drug of concern,” and why is it illegal in Thailand, Australia, Myanmar (Burma), Malaysia and the state of Indiana? Well, like almost everything, Kratom has potential for abuse. The Thai people, who’ve started to “break bad” in excessive numbers now as well, combine kratom with cough syrup to make a popular beverage called “4×100.”

But still, which is the lesser evil—a misused plant or a cocktail of synthetic opiates? The good news is that kratom is still legal in the U.S. for American addicts to consider. And, after a 70-year ban, Thailand is reconsidering its stance on kratom as well.