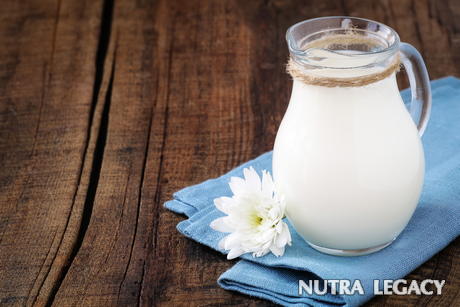 Your body’s metabolism refers to how quickly your food is converted into the energy you body needs. When you speed up the metabolism, less food is left behind to be stored as fat and to add to your weight. Plus, a faster metabolism requires more energy which is good for weight loss, too. One of the easiest ways to get metabolism increases is by eating certain high metabolism foods. Some of the best choices are below.

Oatmeal is considered a complex carbohydrate which means it takes your body longer to break it down into usable energy than other types of carbohydrates. Plus, it’s high in fiber. This combination means you won’t have that spike in insulin production after you eat because the glucose is going to be released in smaller amounts. The benefit for your metabolism is it won’t get the signal to stop converting the glucose into energy and to start storing it as fat – a change triggered by a jump in insulin production.

Most of us have heard that caffeine can speed up the metabolism at least temporarily, and green tea contains a lot of caffeine. But it also contains a substance called EGCG which also increases your metabolism by speeding up your nervous system and forcing it to use more energy.

Staple proteins in much of the world, black beans are some of the best foods to naturally increase metabolism. Not only are they high in fiber which prevents that insulin surge, but they also contain protein which is harder for your body to digest and, therefore, causes it to work hard which uses up more energy and that speeds up your metabolism.

While researchers have known for a long time that omega-3 fatty acids found in certain types of fish were good for your heart, more recent studies are discovering that it can also help increase your metabolism as well. The fatty acids help lower a compound called leptin in the body – higher levels of leptin have been correlated to slower metabolism levels. By lowering this compound, you can speed up your metabolism.

Spinach is one of the most amazing vegetables you’re going to find in the produce aisle, especially when it comes to metabolism increases. The vegetable is high in antioxidants and nutrients that keep your body functioning in peak capacity so your metabolism needs to keep working hard. Spinach is also high in iron, and some researchers are now recognizing that iron plays an important role in metabolism. Without that iron, your muscles can’t burn the glucose properly to create the energy and that means more is left over to be stored as fat. Unfortunately, iron deficiency is a common problem, particularly among women. Eating spinach is a good way to solve the problem.

Research over the last two decades has continually showed a connection between spicy meals and higher metabolism rates. The connection seems to come from the capsaicin which gives jalapenos their kick and which also makes the heart work a little faster. That increase is enough to boost your metabolism, at least after eating.

Because milk is high in fat, many people don’t drink it and could be missing out on a good way to increase their metabolism. Milk is rich in Vitamin D thanks to fortification, and Vitamin D is needed to keep building the muscle tissue needed for your metabolism. Plus, milk is rich in calcium, another substance believed to be linked to improved metabolism rates. And milk is a good source of protein similar to black beans. If you’re concerned about the fat, opt for skim or low-fat options. If you’re lactose intolerant, look for soy milk or other dairy products that also contain Vitamin D and calcium.